Who is the “Youth engagement contract” for?
Many young French people have heard of the programme “1 young person, 1 solution” that was launched in July 2020 to tackle youth unemployment following the Covid crisis and help young people find a job or a training course. From March 2022, the “Youth engagement contract” (YEC) takes over and replaces the Youth Guarantee scheme, which was introduced in 2017. The YEC implements personalised individual support for 6 to 12 months through the Missions Locales and Pôle Emploi (the national employment agency). Beneficiaries will receive an allowance of up to 500€ a month. They will also have to follow a 15 to 20 hours a week training program (whether through education or working part-time in a company). The YEC is made for young people who are not students, not following any kind of training and who are having serious trouble finding a stable job. This will apply to at least 400.000 young people in 2022.

Youth unemployment: a challenge for the European Union?
In the EU in August 2022, the youth unemployment rate (the number of unemployed 15-24 year-olds expressed as a percentage of the youth labour force) averaged 14%. However, this rate is very different from one country to the other: in Germany, 6% of young people are unemployed, while in Spain 27% of them are. In France, 16.5% of young people are looking for a job. In 2020, the Covid crisis and the many lockdowns have had a severe impact on youth unemployment and on their mental health. As their employment prospects were deteriorating, many young French people have decided to study longer and get another degree. Nevertheless, according to the DARES (Directorate for Research, Studies and Statistics), the youth unemployment rate has decreased in France in 2021 thanks to the rise of work-study contracts. The French Government has indeed provided financial support to companies hiring young people under a work-study contract. This financial support was backed up by the European cohesion policies.

What has the EU done to tackle youth unemployment?
In order to help young people in distress, the European Union has injected a lot of money in the economy to prevent a global crisis. In France, the decrease of youth unemployment has been driven by the “France Relance” recovery plan and the “1 young person, 1 solution” scheme, both financed by the European recovery plan NextGenerationEU. In addition, the Mission Locales, in charge of training young people, are partly funded by the European Social Fund Plus (ESF+). The goal of this Fund is to provide an important contribution to the EU’s employment, social, education and skills policies, including structural reforms in these areas. The Missions Locales are also beneficiaries of the Erasmus+ program. The YEC is implemented through the reinforced Youth Guarantee, funded by Youth Employment Initiative (YEI), now merged into the ESF+. These different programs and funding may be confusing, but they are going to have a real impact on millions of young people in Europe.
In that regard, is the EU doing enough to fight against youth unemployment? Will the YEC be effective in fighting youth unemployment? You will find out in this debate!

Is the UE doing enough to fight youth unemployment?

A pact of confidence to give each young person a chance!

President of the Jeunes Progressistes

« 1 young person, 1 solution ». This is not a slogan but a massive scheme launched by President Emmanuel Macron during summer 2020, shortly after the Covid crisis began. In this framework, the Youth engagement contract (YEC) was introduced in march 2022 by former Minister of Labor Élisabeth Borne.

The situation has heavily changed since and we have faced many crises. The commitment to full employment is now at the heart of the President of the Republic and Prime Minister’s strategy. In that regard, comprehensive reforms are currently being initiated, for instance on the unemployment insurance with a clear target: develop a better work-value in our country to promote the emancipation of each individual in our society.

The Government’s goal is thus to tackle youth unemployment – the most important of the inequalities they suffer – through easing their integration into the job market. Since 2017, the results are concrete and encouraging: the current Minister of Labour. Olivier Dussopt, is leading a voluntaristic employment policy. The YEC is part of this strategy, since it will help achieve its ambitious goals.

This measure is a tool for economic efficiency and social integration. Within only six months, it has produced concrete results that young people approve of:

– Almost 86% of them are satisfied or very satisfied;

– 89% would be willing to recommend it to a friend or family member struggling to find a job;

– 83% think they have gained autonomy and have obtained information useful to their job placement.

These numbers are encouraging : the YEC seems to be a first step towards deeper changes in our social welfare system in France. Because what we want is to fight poverty, more social justice and  to strengthen the efficiency or financial assistance. As promised by President Macron, the payment of allowances will be simplified from 2023 on in order to make the payment of social aid automatic. This powerful decision will significantly reduce, if not eradicate, the phenomenon of non-use of social benefits.

Another change to come : the French Active Solidarity Income (RSA) is going to better help its beneficiaries find a stable job, just as Michel Rocard had imagined it when he created the Guaranteed Minimum Income (RMI) in 1988. The administrative procedures for job seekers will be simplified thanks to a new one entry point: France Travail.

These new measures will strengthen our social welfare model, while making job seeking procedures more effective. In the future, perhaps we will think about turning the YEC into a universal basic income. This would be a real safety net, especially to protect our youth and students from poverty. This long-term project could be initiated during the consultation on the scholarships reform requested by the government.

Yes, we should be proud, ambitious and full of hope, just as much as the French youth is. And above all, we should have faith in them : let’s give each young person a chance!

The YEC does not really answer young people’s needs

President of the association COP1

The Youth engagement contract seemed like a good idea on paper: we need to help young graduates find a job and make money, and younger people to get an education. However, the maximum allowance one can receive with the YEC is 500€ a month. If the youngster lives with their parents, they can only receive 300€ a month, which is not enough for people in financial difficulties and for graduates who need a stable job in order to be independent. Moreover, one can only receive the allowance if they accept the job offers given to them, even if they do not like those offers.

In addition, young people often lack access to information about the existing services available to them. Putting together a dossier to access these services can also be complicated and requires a lot of effort. To become a YEC beneficiary, one has to go to a Mission Locale or Pôle Emploi. It might not be intuitive or spontaneous for a young person to turn to these structures.

In fact, only a few job vacancies for young people go unfilled. Very often, job vacancies remain unfilled because they are poorly paid  part-time jobs. The YEC is going to artificially lower the youth unemployment rate, but young people will earn less money. Moreover, the young person will lose access to the YEC if they refuse a job offer, even if it does not meet their expectations or their financial needs. The COP1 association argues that the priority should be to help young people finish their studies in order to find a job that matches their skills and their expectations.

Instead of creating this new training program, why not support and invest in our existing education system? We are in favour of a more global approach. For instance, the government could invest more in our universities so they could enroll more students each year. Scholarships could also be increased to help students study in better conditions. Other measures were promising and could have been extended, such as the famous 1€ lunch meal during the Covid crisis. A long term solution would be to encourage young people to complete their studies. Each year, many students are forced to stop studying because they cannot afford to eat. The YEC is not intended for students and it is one of its biggest flaws.

Young people should be able to study in the right conditions

Student jobs are indeed the first cause of academic failure in France. Some students do not have a choice and have to work during their studies in order to survive. Our wish is that every student could focus entirely on their studies without working. Some students even have to resort to NGOs food distributions, otherwise they would have to stop studying. This proves that inequalities are a cause of failure.

The priority should be to ensure that each young person graduating highschool can access a higher education in a university or other degree programs. Then, young people should be given the means to study under the right conditions. We will be in favour of any initiative that will help young people finish their education and graduate. In that regard, the YEC does not answer young people’s needs. 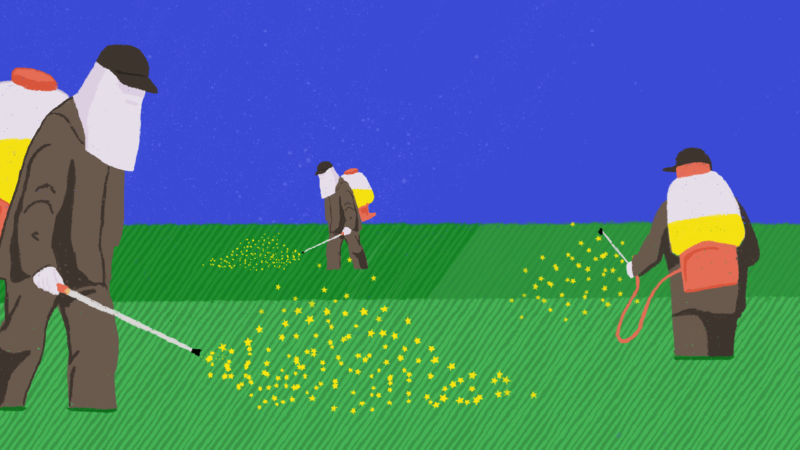