For or against a new independence referendum for Catalonia? 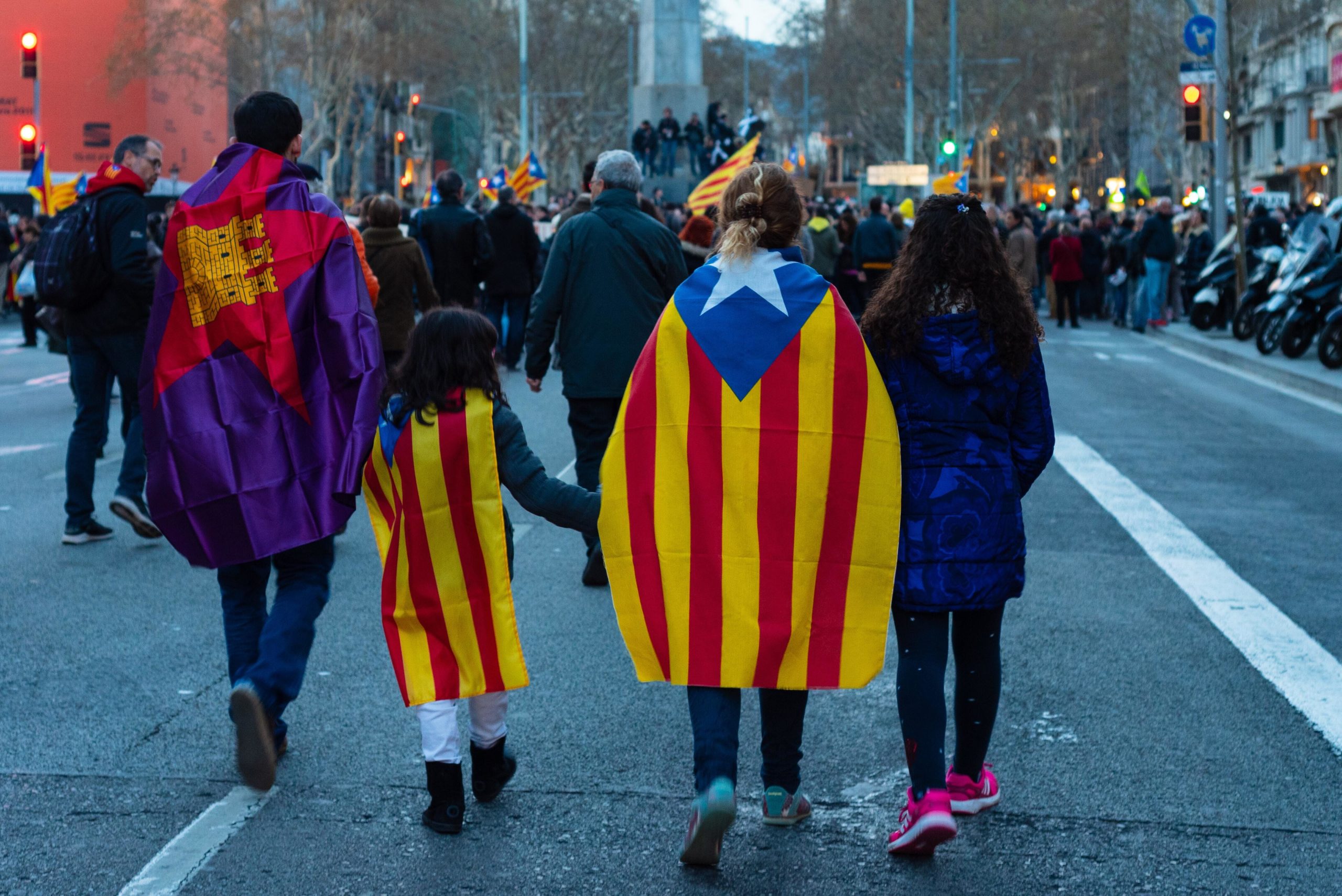 What is the current status of Catalonia?
Catalonia is a region located in the northeast of Spain, on the border of France and Andorra. This region gathers 15% of the Spanish population and concentrates 20% of the GDP. Its capital is Barcelona, ​​and it is also the 6th most populated territory in the European Union.

Catalonia was granted an autonomous status in the Spanish Constitution of 1978 and in the organic laws dating from 1979 and 2006. These documents recognize Catalonia as a Generality – an autonomous region within the Spanish State. This statute gives it substantial autonomy, allowing it, among other things, to form its own parliament and to elect a president (head of government) and an executive council. Catalan is recognized as an official language just like Spanish.

Where did the separatist movement come from?
The first separatist movements date back to the 17th century, when the Catalan population revolted against Castilian troops in 1640. The War of the Spanish Succession followed (1701-1714) during which the Catalan army fought against Bourbon King Philippe V to defend the claim of the Habsburg Crown on the throne of Spain. The defeat of the Catalans on September 11, 1714 resulted in the loss of their constitutions and their institutional system as the Principality of Catalonia. This day has become the national holiday of Catalonia since 1886. These movements resurfaced in the 19th century as the region was experiencing strong industrialization. Economic development has favored the cultural renewal of Catalonia and a return of linguistic and nationalist demands.

The independence movement was strengthened when the Spanish Constitutional Court annulled 14 articles of the Statute of Autonomy of Catalonia in 2006. As this decision changed considerably the status of the region, it spurred the Catalan people’s unrest. The reference to a Catalan nation became unconstitutional.

In September 2015, the legislative elections in Catalonia ended with a pro-independence majority in power. Carles Puigdemont, who promised to organize a referendum on the independence of the region, was elected president of the Generalitat of Catalonia in January 2016. Since then, tensions between Catalonia and Spain have continued to grow and the Spanish authorities are trying to prevent the vote from taking place.

Why are we talking about a new referendum?
On November 9, 2014, a first referendum on the independence of Catalonia was organized by the nationalist parties in the region. Under article 2 of the Constitution, the referendum is deemed unconstitutional by the Constitutional Court. This article recognizes “nationalities and regions” the right to “claim autonomy”, but sovereignty belongs to the Spanish people alone, because the Spanish nation is an “indissoluble unit”.

Once again, the October 2017 referendum was suspended by the Constitutional Court and violently suppressed by the Spanish law enforcement agencies, reinforcing independence demands. While the Catalan Parliament voted Spain’s declaration of independence, the Spanish Senate jointly granted extraordinary powers over Catalonia to the President of the Spanish government, Mariano Rajoy. The leaders of the independence movement, including Carles Puigdemont, fled to Belgium in order to avoid criminal repression.

Chair, Catalan National Assembly and Economics Professor at the University of Barcelona

The right to self-determination is established in Article 1 of the Charter of the United Nations, as well as at the International Covenant on Civil and Political Rights. Article 93 of the 1978 Spanish Constitution establishes that Spain must act in a way that complies with the content of international treaties signed by Spain, including the above. In this sense, it is also important to point out that the organization of referendums in Spain is not illegal, including the organization of independence referendums, as was stated by the UN Working Group on Arbitrary Detention in June 2019.

Taking all of the above into consideration, the Spanish Kingdom has no legal base to deny the Catalan people their right to self-determination. Nevertheless, the Spanish government and courts have been qualifying a Catalan referendum as illegal and unconstitutional, although this is just a masquerade to deny the fundamental rights of a national minority, while conducting a systematic campaign of repression against its members. This repression has included the criminalization of dissidence, censorship in media and internet, lawfare, police brutality, the disqualification of democratically elected public officials, as well as the jailing of political representatives and civil society leaders, including Ms Carme Forcadell and Mr Jordi Sànchez, the former Presidents of the organization I represent. No less than 2,850 Catalan activists and elected representatives have suffered persecution by Spanish authorities since 2017.

Spain is becoming a rogue State for the sake of denying its national minorities the exercise of their right to self-determination.

During the 2017 Catalan independence referendum, the world witnessed the brutal action of the Spanish police against peaceful voters in polling stations. Repression continued afterwards, as numerous fundamental human rights of the Catalans have been violated as testified by international organizations such as Amnesty International. Notwithstanding, the Spanish authorities have not complied with international law, nor with the recommendations of international organizations, nor by ceasing the violations of human rights. Spain is becoming a rogue State for the sake of denying its national minorities the exercise of their right to self-determination.

Furthermore, during the last decade Catalan people and institutions have been suffering the consequences of centralizing policies by the Spanish state, which tries to assimilate both our culture and language while absorbing all economic and political power.

For all these reasons I believe that the Catalans, a people that has always expressed itself through peaceful means, has the right to decide its political future in a free and democratic manner.

Why Catalonia should vote “No” in any independence referendum

The campaign for Catalan independence rests on a simple proposition: as a matter of history, culture, language, and contemporary political and economic realities, the ‘Catalan nation’ has the right to self-determination which it should exercise by seceding from Spain and establishing an independent, democratic state within the EU. It is difficult, however, to make a convincing case for an independence referendum, let alone a ‘Yes’ vote should one be held.

To begin with, it is not clear that Catalans constitute a ‘nation’ or a ‘people’ with a right to statehood. Catalonia certainly has a distinctive history, language and culture. In the past it has also enjoyed varying degrees of autonomy from its more powerful neighbours. But there has never been an independent Catalan state. Nor should there be now.

The right to national self-determination is a cornerstone of international law. But there is no international legal right to secede. Secession is only permitted as a last resort where a national minority suffers from the legacy of colonialism or the systematic and egregious violation of basic human rights. Europe has undergone various nation-state realignments since the end of the Cold War. These include German reunification, the amicable divorce between the Czechs and Slovaks, and the fragmentation of the Soviet Union and Yugoslavia. Brexit has also added momentum to the case for Scottish independence. But, otherwise, the prerequisites for secession are not even close to being satisfied anywhere on the continent, particularly in the EU.

Aside from the hollow formal trappings of statehood, such as a flag, an anthem, parades and national holidays – and sparing, particularly the more prosperous sectors of Catalan society, from paying taxes to the Spanish exchequer – it is not even clear what the benefits of independence would be. Catalan identity can already be freely expressed. Independence would not make it more free. The costs of going it alone, at least in the short term, would also be considerable for both Spain and Catalonia.

There is little or no support in Spain for Catalan independence. Nor is there a clear majority in favour in Catalonia itself. Elections and opinion polls there consistently show the population divided roughly down the middle. All things considered, the democratic and rights-based approach must, therefore, be to protect and arguably to strengthen, Catalan autonomy within Spain rather than to seek an acrimonious divorce.

What is your opinion after reading the article?
cataloniaeuropean unionindependencereferendumspain

One thought on “For or against a new independence referendum for Catalonia?”