Is there a new cold war between China and the United States? 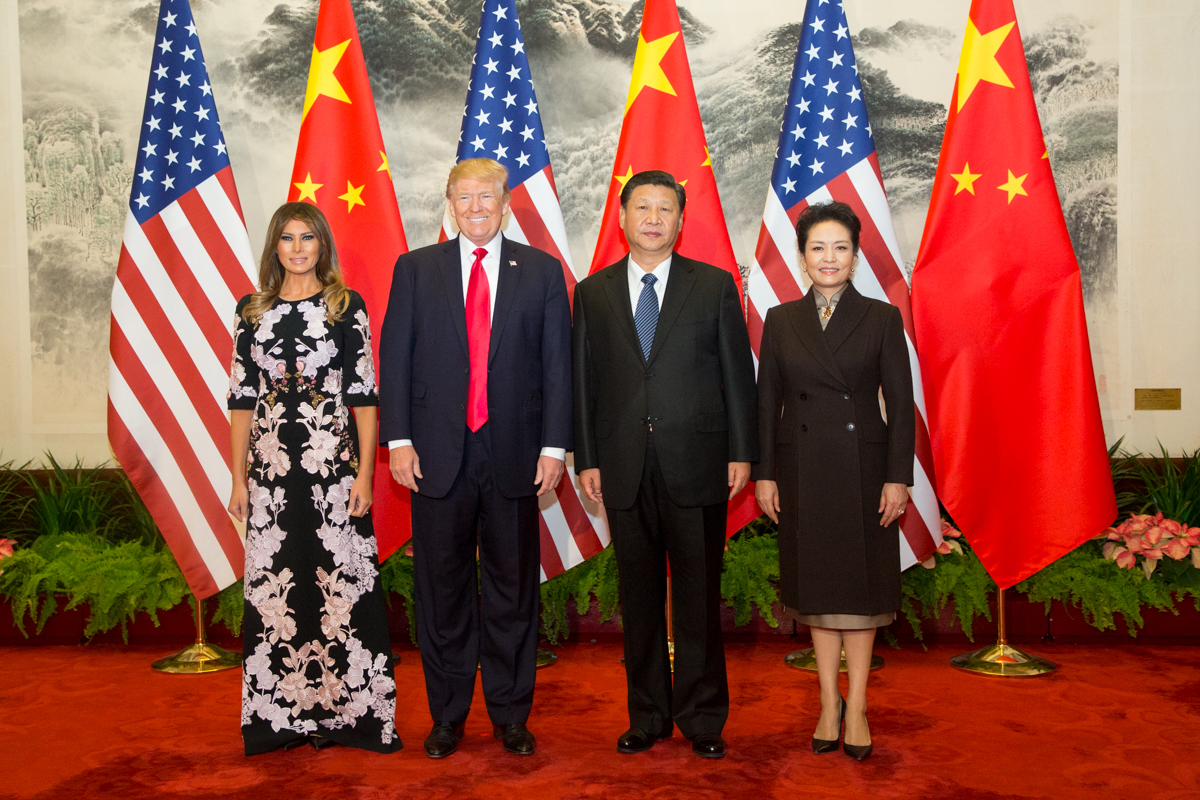 What is the cold war?
The cold war was the name given to the conflict which started in 1947 and ended in 1991 between the US and the USSR. The world was then divided into two blocs. On one side was the US defending its liberal ideology. On the other side, USSR was fighting in the name of communism. This war ended with the fall of USSR and the US became then “a superpower”.

Tensions between China and the United States
It appears that the United States of America is the nation that used soft power in the most effective way. Indeed, not only did the “American way of life” shaped all the western culture, but Hollywood movies, American universities attract more broadly people from all over the world.

Why are we talking about it today?
It appears that the coronavirus crisis has increased those tensions. Indeed, the virus comes from China and the American government underlined it many times denouncing a “Chinese virus” and accusing China of hiding the depth of the crisis. In the press, the notion of “new cold war” was mentioned multiple times.

The idea behind the Rift is simple: for each topic of debate, we provide you with an expertise based on a pro-con approach, written by competent and legitimate experts. We want to help you make your own opinion, and guide you on first steps to civic engagement.
What is your opinion before reading the article ?

A new Cold War has started

« Impossible peace, improbable war ». That’s how my mentor Raymond Aron defined the cold war which opposed the US and USSR from the end of the second world War in 1945 to the fall of the Berlin’s wall in 1989. The peace was impossible between these two ideologies, which are capitalism and communism. Yet the war was unlikely because of the balance of terror between the two powers.

Thirty years later it seems that a new cold war has started. The US are still the first military power in the world and China replaced the USSR as their principal opponent. Also, Beijing has started to behave more and more like Moscow used to. China is motivated by the desire to catch up on American power. This willingness becomes each time more ideological. For China, it is no longer about been an equal competitor of the US, it is about proving that the authoritarian model is better, more powerful than the democratic one. There are, of course, major differences between yesterday and today. We could sum it up like this: America is no longer what it used to be, and China is much more than the USSR ever was. Donald Trump is not the origin but rather the symptom of the depth of the crisis of American democracy.

Tired of being the “world policeman “after the failure of many expensive and useless military campaigns, America does no longer make people dream but rather provokes fear and pity.

America is no longer what it used to be, and China is much more than the USSR ever was

More importantly China is not the USSR. It’s not a unidimensional power. Its economy flourishes, its technology is one of the best, its old culture makes of China the representant of a civilization, an Empire and not only an expansionist power like the USSR was yesterday, Moscow did not have the means of its ambitions. This is not the case for China. The country is convinced that its glory hour has come and that the power of the western world is declining. Therefore, it advances its interest on every front from Asia to Europe, from Africa to Latin America even if it continues to be careful in the Middle East region. The American experience in the region taught China a lesson about the threats of such expansion.

A new cold war has well started between China and the US. It is seminal that we contain China as we used to contain the Soviet Union. Everything is now linked to China as we cannot do anything without this country, that was not the case with USSR.

Is it justified to talk about a new Cold War between China and the US ?

During the Cold War, Moscow and Washington were leading global alliances that were expanding in the entire world. Every conflict was somehow linked to Moscow or Washington. There is nothing similar in today’s conflicts which never oppose, even indirectly, the US to China. Moreover, USSR wanted to catch up the US military power, and did so. It is precisely this arms race that ruined its economy.

Unlike what is existing between Beijing, there was almost no economic relation between The US and the USSR

Today, the US military is way more powerful than the Chinese one. US military spending is of 736 billion dollars while Chinese ones are of 200 billion dollars. The Soviet Union never had more than 40 % of American GDP. Today, Chinese GDP is still lower than the American one, but it represents 60 % of it. The economic advantage of the United States is real, but it is diminishing. Unlike what is existing between Beijing, there was almost no economic relation between The US and the USSR. Moreover, the Chinese economy of the twenty first century is completely integrated in the global economy. The soviet economy was not.

Unlike the USSR, China does not have the ambition to establish communism at a global scale. China is a power lead by a communist party which relays on two driving forces: nationalism and capitalism. Chinese people are mostly interested in becoming the first power like they were in the XIX century but this time in a globalized world.

The current conflict is no more ideological, it’s a fight to take the lead in global leadership

On the other side, the United States want to stay the first power in the world. The current conflict is no more ideological, it’s a fight to take the lead in global leadership. At the end of the 1960’s and at the beginning of the 70’s, Nixon and Kissinger decided to start a détente period, noticing the relative decline of the US due to the Vietnam war. They knew that the Cold War was no good for them and therefore that they had to find a settlement with their opponent.

However, nowadays, with a country like China increasingly more powerful, the US lead by Trump does the opposite. They prefer to increase the rivalry between the two even if there is a risk of a direct confrontation and more aggressiveness from China.

Will those two countries find an agreement too?