Is it the end of the American soft power ? 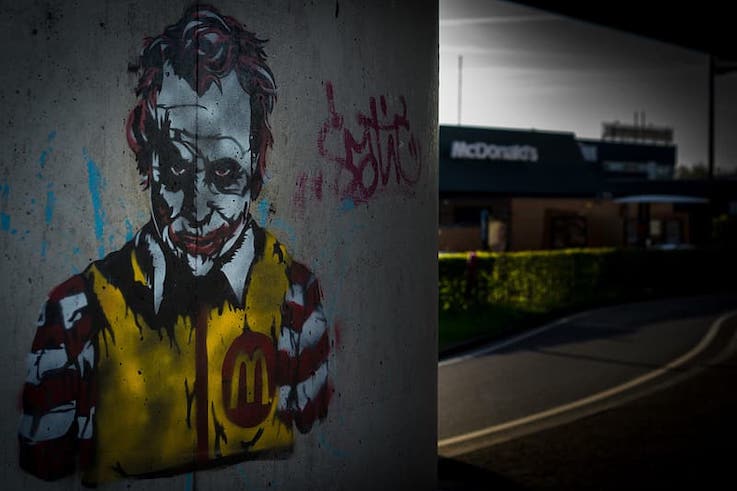 What is “soft power “?
Soft power is usually described as the ability to attract rather than coerce. Therefore, soft power is about shaping preferences of others through appeal and attraction instead of the use of military or economic tools which refer to “hard power”. Soft power mainly leans on culture, political values and foreign policies.
An American tool
It appears that the United States of America is the nation that used soft power in the most effective way. Indeed, not only did the “American way of life” shaped all the western culture, but Hollywood movies, American universities attract more broadly people from all over the world.
Why do we talk about its possible end ?
Many believe that President Trump’s policies and image have contributed to torn American soft power apart. Indeed, the country is no longer considered as an “example” by many western countries because of its constant criticizing of multilateralism, the way it handled the COVID crisis and more recently the protests linked to George Floyd’s death.

What is your opinion before reading the article ?

American Soft Power in Search of an Objective

Professor, The Catholic University of America

In the 1990s, American soft power served the purpose of constructing an international system, the center of which was the United States. This system combined multilateralism, free trade and democracy, and to varying degrees the United States embodied each of these three things. The global reach of American universities, Hollywood and Silicon Valley added soft-power sparkle to a larger foreign-policy project.

Since the 1990s, two changes have altered the equation. Sizable divisions have opened within the American policy, and there is no longer consensus on multilateralism and free trade, both of which the Trump administration opposes.

Nor does democracy necessarily matter to the new foreign-policy framework in Washington, which is great-power competition and no longer the construction of an international system. “America first,” as a policy orientation, is by definition a repudiation of soft power.

With the loss of consensus has come a loss of narrative. If soft power is akin to rhetoric, then a question arises – of what is the United States trying to convince an international public? That it is a better competitor than Russia and China? That its revival of national sovereignty, as the Trump administration would have it, is worth imitating? Or that, as Democrats might argue, it is possible to return to how things were in the 1990s? This is indeed a narrative, but it is retrospective and not especially convincing. The formidable instruments of soft power that still lie at Washington’s disposal will only be usable when and if the American body politic can heal its divisions and decide upon a unifying strategic objective for American foreign policy.

Professor at Harvard and author most recently of Do Morals Matter? Presidents and Foreign Policy from FDR to Trump


There is clear evidence that Trump’s presidency has eroded America’s soft power — the power to attract rather than command. According to a Pew poll, only 29 percent of people surveyed in 33 countries trust Trump. Gallup polled 134 countries and similarly found that only 30 percent of the people held a favorable view of the United States under Trump’s leadership. That was a drop of almost 20 points since Barack Obama’s presidency. And an annual British index, the Soft Power 30, showed America slipping from first place in 2016 to fifth place in 2019.

Fortunately, America is more than the president. Unlike hard-power assets (such as armed forces), many soft-power resources are separate from the government and are only partly responsive to its purposes. Hollywood movies which showcase a free press or protesting minorities can attract others. So, too, does the charitable work of US foundations and the freedom of inquiry at American universities.

Firms, universities, foundations, churches, and protest movements  develop soft power of their own  and these private sources of soft power are increasingly important in the age of social media.

As I describe in my book Do Morals Matter? the important question for America is how broadly or narrowly the national interest is defined. In coping with the pandemic crisis, President Trump went from denial to shifting blame and a narrow withdrawal from international cooperation. Imagine, instead, that a future president takes the lead in organizing a multilateral COVID defense fund open to all poor countries. Like the Marshall Plan in 1948, it would be good for us, but also good for others. Unfortunately Trump missed that opportunity, but the crises are not over, and  faced with the need for domestic and international reforms, the US may again discover leadership  that is unifying rather than divisive.

In the 1960s, crowds marched through the world’s streets protesting American  policies in Vietnam, but the protesters did not sing the communist “Internationale”. Instead,  they sang Martin Luther King’s “We Shall overcome.”  An anthem from the civil rights protest movement illustrated that America’s power to attract rested not just on our government but in large part on our civil society and our capacity to reform. Within a decade, American soft power was back to where it was before that crisis.