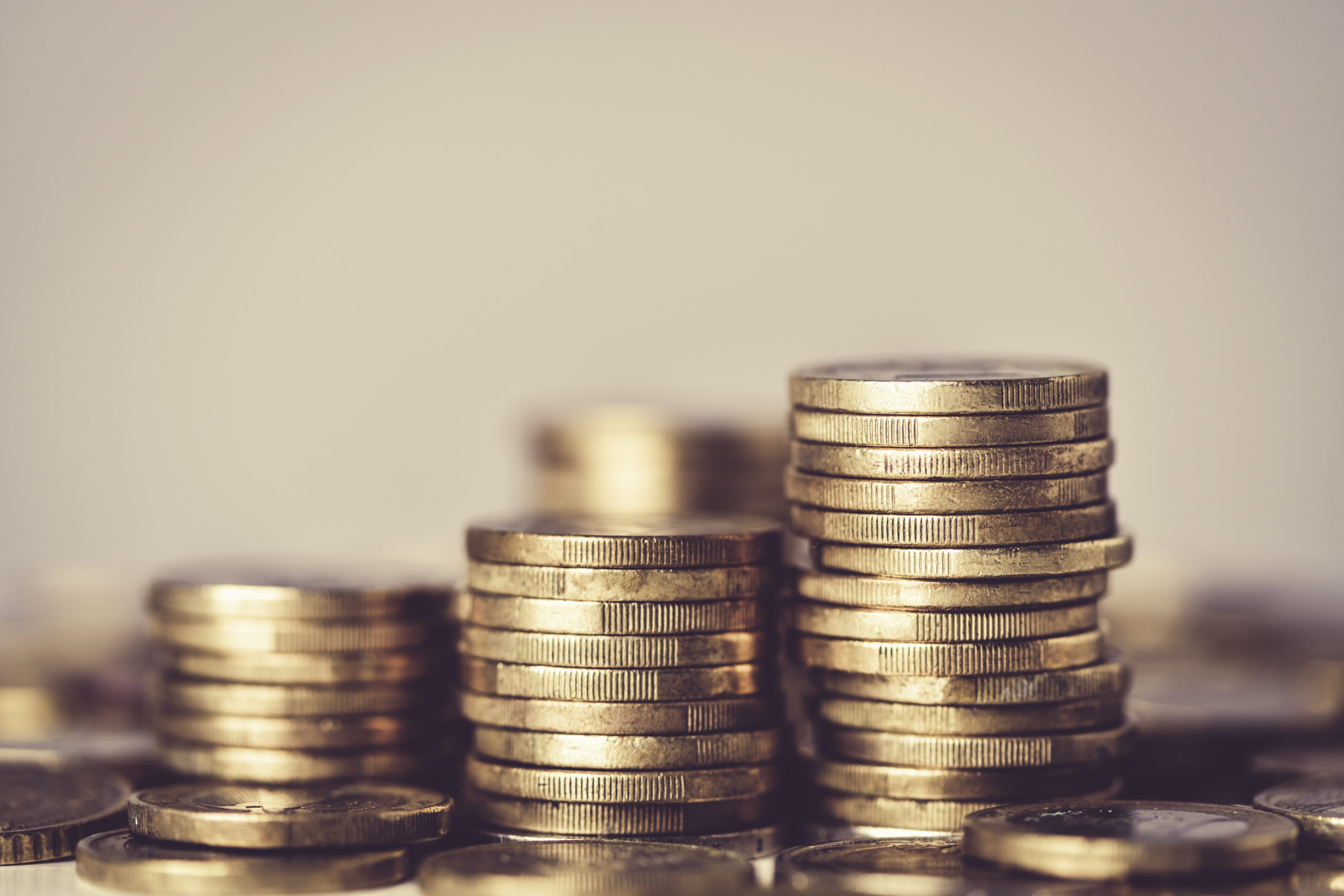 What is the European Central Bank?
The European Central Bank is the central bank for the euro. The ECB was established by the Treaty of Amsterdam and it regulates the monetary policy of 19 European states which adopted the euro. It is one of the biggest central banks in the world. Therefore it is one of the seven EU institutions. The ECB is based in Frankfurt am Main in Germany. The current president of the central bank is Christine Lagarde.

What does it do?
The primary objective of the ECB is to set and to implement the monetary policy, and to maintain price stability within the Eurozone. It is also responsible for issuing banknotes, conducting foreign exchange operations, collecting and establishing statistics and banking supervision.

The Governing Council is the main decision-making body of the ECB. It is composed of six members of the Executive Board and 19 governors of national central banks of the Eurozone’s countries.

Why are we talking about it today?
The European Central Bank was present on the European level during the outbreak of the coronavirus pandemics. The institution was and is highly involved in programs which aim to counter the negative economic effects of the crisis on EU Member States.

Therefore, main negotiations were made on a political level between representatives of national governments of the Eurozone and of the EU, and often between heads of states.

The question of European Central Bank (ECB) independence is best assessed from considering the need for the Euro to be launched and supported by a credible financial architecture.

Independence can be a heavy burden

To do so, the ECB adopted the disciplined cloak of the Deutsche Bundesbank, arguably the most respected central bank pre 1992. That meant adherence to maintaining price stability within the Eurozone. This differed from many other central banks e.g. the U.S. Federal Reserve where full employment is also targeted.

Independence can be a heavy burden and such was the obsession with price stability that in July 2008, at the height of the global financial crisis  (GFC) ECB President,  Jean-Claude Trichet, a self-confessed inflation hawk fretted over rising oil and food prices. To preserve his  inflation record he raised rates by 25 bps to  4.25%. An ill-timed act that ignored the pleas of politicians.

Another act of blind independence occurred in 2011 when the Eurozone was beset by unemployment, growth, and sovereign debt problems. Pressure from the periphery that was slipping into indigence was ignored as Trichet raised interest rates by 25 bps in both April and July at a time when the Fed held rates at just 0.25%. The result was the Eurozone economy entering another recession so exacerbating the debt crisis.

One could argue that this was not independence at all. The fact of the matter was that as the dominant economy in the Eurozone, Germany tended to get its way on price stability and sound money.

However, I would respond by suggesting that the ECB has not been dictated to as Germany is yet to hold the Presidency. The four Presidents have been Dutch, French, Italian and French, Given Germany’s reliance on exports, surely a softer Euro, delivered by monetary accommodation would counter the obsession with inflation.

Indeed, since the GFC, inflation has been under the 2% target for three-quarters of the time. Right now, deflation is the bigger worry confronting the region.
A more urgent approach to ECB policy emerged under the third President, Mario Draghi (2001-2019). By announcing he would do whatever it took to save the Euro he opened the door for asset purchases and extraordinary monetary policy via asset purchases or Quantitative Easing (QE).

The ECB has not been dictated to as Germany is yet to hold the Presidency. The four Presidents have been Dutch, French, Italian and French

Such a step was opposed by the frugal nations to the north of the Eurozone in 2012 as the first step on the path to sovereign moral hazard. Indeed, as Draghi’s tenure ended last year the issue confronting anemic growth by reopening the QE programme drew unprecedented decent as one third of the ECB policy makers opposed the idea.
Even when QE was accepted, the golden rule was that the ECB would only buy assets in the secondary market.
In that regard, the ECB has again shown its independence in acquiring EUR 51.1 Billion of new Italian government bonds.

At these trying times amid the coronavirus crisis this is an act of independent courage. It does not need the pedantic attitude of the German  Constitutional Court who appear to favour insipid bromides and the narcotic of nostalgia. In these strange times the Eurozone needs creative thinking, a willingness to do weird things; monetary policy must be maverick, independent and colour outside the lines.

‘Crisis’ and ‘Independence’ Make for Bad Policy and Bad Politics

There are good reasons why we might want to have politically independent central banks. Politicians tend to focus too narrowly on their own short-term electoral prospects.  Firms and trade unions put more trust in independent central bankers to keep prices stable over the longer term.  And relatively few people understand how monetary policy works, which makes it a suitable matter to hand over to experts.  Yet none of those arguments holds during periods of crisis, when economic models run into uncharted territory and monetary policymakers find themselves using their traditional instruments in unfamiliar ways.  Those are moments where the short term matters more than longer-term credibility, when market expectations lose their anchors, and when experts find themselves making decisions that create winners and losers more obviously than they influence the achievement of some medium-term objective for expected price inflation.

None of those arguments holds during periods of crisis, when economic models run into uncharted territory

The traditional argument for central bank independence is grounded in assumptions that describe a normal economy, not an abnormal one.  That argument also assumes that monetary policymakers can target inflation while other macroeconomic policymakers look to the rest of the economy.  In a moment of severe crisis, those assumptions no longer hold, and macroeconomic policy coordination becomes more important than any rule-based solution to the assignment problem of matching policy instruments to macroeconomic targets.

Central bankers cannot lead that coordination, and neither can they set their own instruments in the hopes that other policymakers will accommodate. Trying to do so in the last crisis is how central bankers found themselves cast as ‘the only game in town’; it is why they failed to win sufficient support on the fiscal side of the ledger; and, it explains why they are now so overextended.  Being ‘politically independent’ meant central banks were politically isolated, holding almost all the responsibility for macroeconomic performance and taking much of the blame for any shortcomings in the policy response.  If ‘this time is different’, it is only because central bankers everywhere found they had less room for maneuver in confronting an economic crisis that is almost unprecedented in magnitude.

The only appropriate response to the current crisis will have to be a coordinated one, and that coordination will have to come from elected politicians.  Only elected officials can shoulder the responsibility for picking winners and losers by pushing central banks to use their instruments in ever increasingly unconventional ways, applying taxes on savings in the form of negative interest rates, subsidizing lending to non-financial corporations, accepting collateral that is below investment grade, and expanding their balance sheets through large scale asset purchases. Those elected officials should also be held accountable for the actions central bankers take within this coordination and for the choice to rely on central banking instruments in ways few people understand instead of using fiscal instruments that are much more transparent.  Such accountability is essential to the democratic process; it will also ensure elected officials choose the most appropriate response, rather than hiding behind central bankers.

Such political control over central banks does not have to be permanent.  Once the crisis has passed and economic performance returns to normal, there will be strong arguments to restore political independence.  But that is for the future.  Now is a time when coordination, accountability, transparency, and effectiveness are more important that the traditional justifications for central bank independence.  Politicians must accept responsibility for responding to this crisis, and that means central bankers have to follow political authority rather than acting on their own.