Should married men be able to become priests? 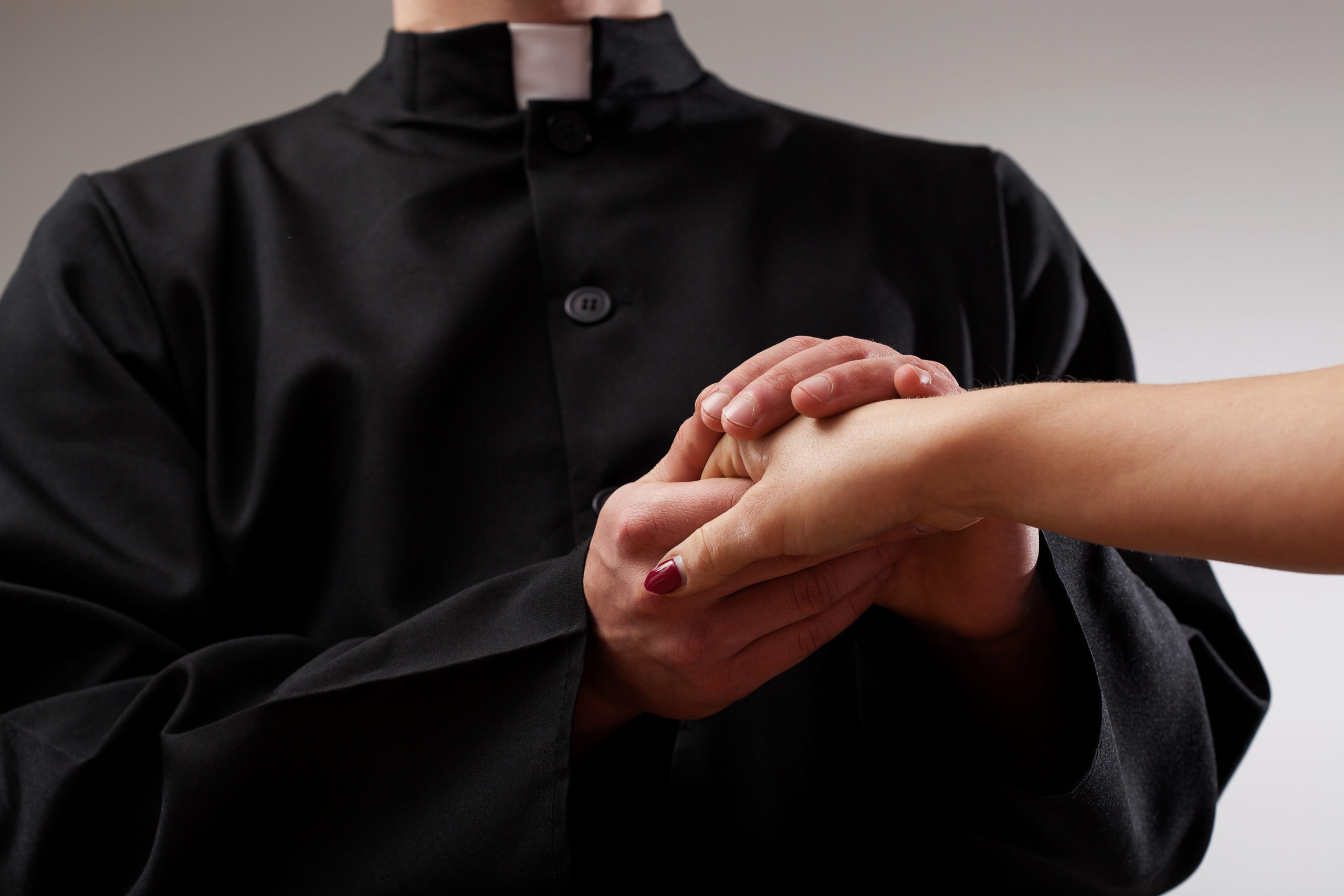 Who is a priest?
In the Catholic Church, the priest is a man who, ordained by the bishop, is missioned to bring Christ into the lives of the faithful. He has three major functions: to teach, to sanctify and to lead.

Mass, confession, baptism, Eucharist, marriage, anointing of the sick… all these rituals are performed by the priest and allow the community to enter into communion with Christ.

A long history of celibacy?
If the Roman Catholic Church valued chastity and virginity from very early on, most priests were married until the Middle Ages.

But in 1139, after having affirmed the invalidity of marriages of priests with lay people (during the first Lateran Council, 1123), the second Lateran Council hardened its tone by stating that only unmarried people could become priests. Later, facing the Protestant opposition initiated by Martin Luther (who allowed pastors to marry), the Council of Trent (1545-1563) inaugurated its Counter-Reformation, in which it reaffirmed the primacy of celibacy.

Since then, celibacy has remained obligatory for Catholic priests. While it allows the ordained to consecrate themselves fully to Christ, some people consider it too strict and archaic.

Why are we talking about it today?
The last synod of Catholic bishops was held from October 6 to 27 in the Amazon. Its purpose was to discuss ways of remedying the shortage of priests in the region. Two major proposals were submitted to the Vatican: the ordination of married men and allowing women to become ministers. Both were declined by Pope Francis.

Priests in the early Church were usually married men.  Celibacy – ie not being married – gradually became the preferred state for ordination under the influence of monasticism and an increasingly negative view that virginity was a spiritually superior state while sex, even in marriage, was suspect.  Celibacy finally became mandatory in the twelfth century, although it is only since the sixteenth that it has been effectively imposed for priesthood in the western Catholic Church. Celibacy is thus a man-made law of the Church, not a God-given article of faith.

Questioning of the celibacy rule has increased since the second Vatican Council, which declared that virginity is not superior to marriage and that celibacy is not ‘demanded by the very nature of the priesthood’.  No longer, therefore, can any theological argument be made for mandatory celibacy. This is the first argument why men should no longer be excluded from ordination simply because they are married.

Secondly, having married priests among the clergy would help the Church better understand and support the lives of married people, who make up the great majority of its members.  This would also combat clericalism – the existence and behaviour of a separate, dominant ‘caste’ within the People of God – which Pope Francis deplores and is working to extirpate.

Thirdly, celibacy is difficult: there is ample evidence that the sexual continence implied by celibacy is imperfectly observed by a substantial proportion of priests (and virtually ignored by many in some places).  This hypocrisy is damaging and, although there is no direct link with sexual abuse by clergy, the tensions of ill-assumed celibacy must be a risk factor.

The Church is increasingly short of priests

Fourthly – and this is the most urgent reason – the Church is increasingly short of priests.  The numbers of men joining the celibate priesthood has drastically reduced in the last fifty years (eg in England and Wales, from around 200 per year fifty years ago to an average of about 25 now*).  Since a priest is needed to celebrate the Eucharist, the essential event of our religious practice, this means that Catholics have more and more difficulty in attending Mass. Moreover, the work-load of an increasingly elderly clergy is becoming unsustainable.

So yes, married men should be able to become priests: we need more priests; there is no theological basis for mandatory celibacy; and leavening of the clergy with men leading normal married lives would be a healthy development.

* The Catholic Directory & The National Office for Vocation

An unmarried priest is not a loner

Priest and member of the Emmanuel Community, Rennes

“It is not good that the man should be alone; I will make him a helper fit for him.” (Genesis 2:18) From the beginning, God brings man out of his loneliness by presenting him with the woman. This passage is one of the foundations of the Christian vision of marriage. In this context, Jesus will announce the newness of consecrated celibacy: “For there are eunuchs who have been so from birth, and there are eunuchs who have been made eunuchs by men, and there are eunuchs who have made themselves eunuchs for the sake of the kingdom of heaven. Let the one who is able to receive this receive it.” (Gospel of Matthew, 19:12) Among Christians, therefore, the practice of this celibacy is not a contempt for marriage, the body and sexuality. It is a vocation, a call from God.

Celibacy is a vocation, a call from God

In the early Church, the rule of priestly celibacy was not the norm: married men could become priests. On the other hand, continence was imposed on them: as soon as they became priests, they abstained permanently from all sexual relations. The Synod of Elvira, in 305, recalls “the total prohibition for bishops, priests and deacons to trade with their wives and to procreate children; whoever did so was to be defrocked.” The custom of choosing as future priests only those who have received the vocation to celibacy will be imposed gradually, not only to counter financial abuses by priestly families, but above all out of respect for marriage which requires conjugal relationships.

How about today? Being a priest is not a job, with hours, a salary, a career. It’s a full-time vocation. Just as a father or mother is a father or mother all his life, a priest is a priest at all times and forever. This gift of himself to the people of God who trust him requires a true availability of heart and agenda. If he were in charge of a family, how could he fulfill his mission? Because the Church is not a business, but a family, the priest has no schedule. He is entirely devoted to God and to others. His celibacy makes this possible.

The Church is not a business, but a family

For this celibacy to be lived in as a fulfillment and not a frustration, it must meet three conditions. First, since he receives his vocation from God, the priest maintains an intense life of prayer, which is an expression of his loving relationship with God. Second, he must possess a solid human and affective equilibrium, nourished by true friendships, also with couples. Finally, since priestly celibacy is not a vocation to solitude, the Second Vatican Council strongly encouraged common and fraternal life among priests (Second Vatican Council, Presbyterorum Ordinis, 8). The celibate priest is not a loner: he is a man of relationship and communion.

What is your opinion now?
celibacypopereligionvatican