Should there be more LGBT characters in Disney animation films? 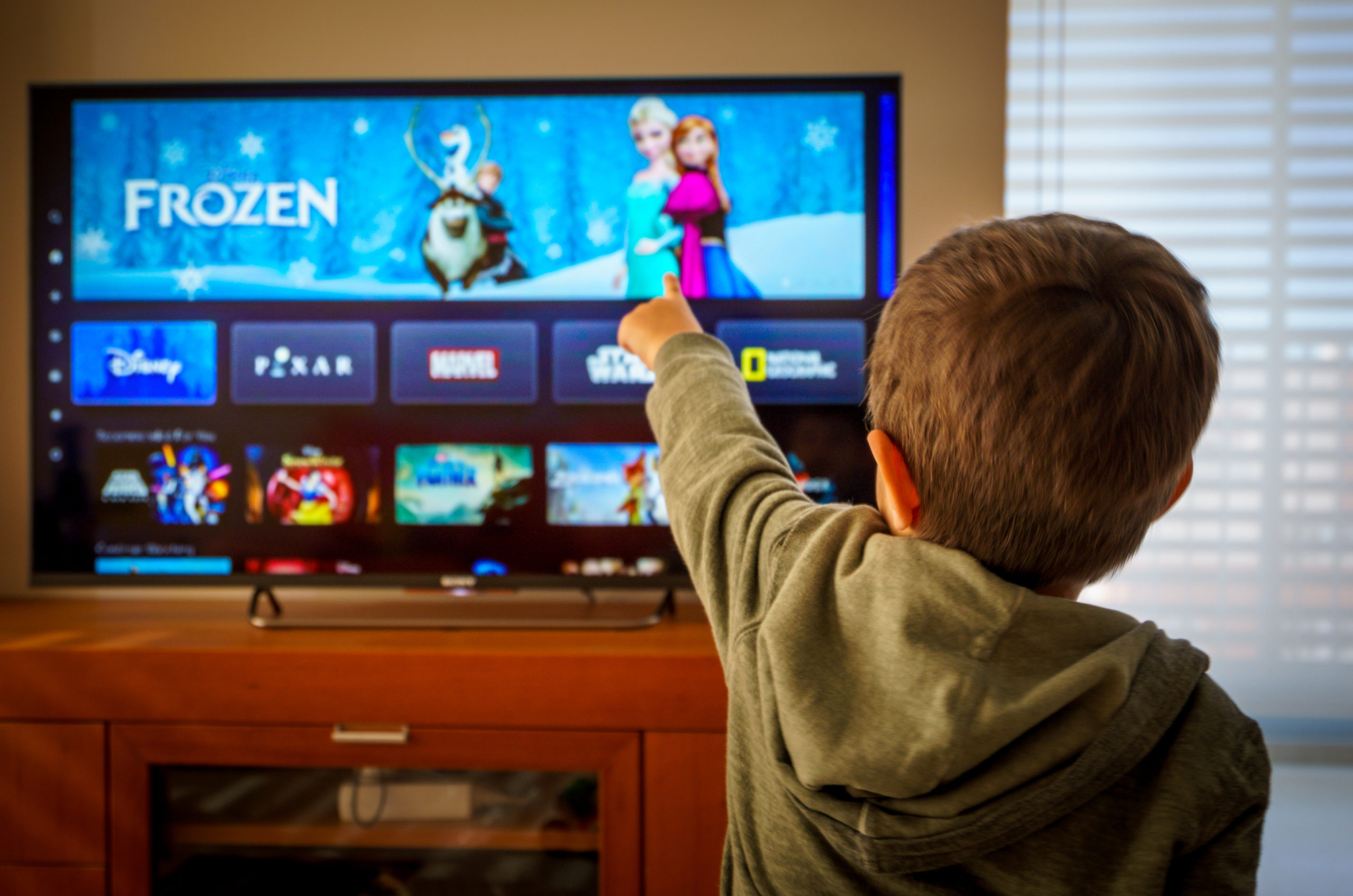 How about Disney?
GLAAD also publishes its Studio Responsibility Index, which maps the quality, quantity and diversity of LGBTQ characters in films released by the seven major film producers, including Walt Disney Studios. According to their study, in 2018 Disney released 10 films with 0 LGBT characters in it.

Therefore, Disney has included one homosexual character in a film – in ‘Beauty and the Beast’ released in 2017, Le Fou is the first openly gay character. Also, Walt Disney Studios is trying to adopt an inclusive policy for side activities. This year, in June 2020, Disneyland in France is organizing the Disneyland Paris Pride.

Why are we talking about it today?
The discussion on LGBTQI characters in Disney animation movies started a long time ago. The debate became more vivid with the release of Frozen in 2013 – the Oscar-winning song ‘Let it go’ was perceived as a song about a coming-out by many fans of the animation film.

It was fueled by a tweet published by Alexis Isabel which included the hashtag #GiveElsaAGirlfriend. Fans of the film and members of the LGBT community then called upon Disney to make Elsa, the princess of Frozen, a lesbian in the film’s sequel.

This proposition launched a huge discussion on the place of LGBT characters in animated films and programs for children produced among others by Disney.

Building Tolerance and Acceptance of LGBTIQ People Through Animation

Disney’s animated films are a staple of growing up for kids around the world. They are a source of entertainment, but also a source of life lessons – the storylines inform children and shape their understanding of the world.

Consequently, the responsibility placed on the makers of Disney films is all the greater. And it is a responsibility that Disney has increasingly embraced. Gone are the days of Snow White waiting for the Prince to rescue her – recent films have featured empowered female characters, and tackled topics around race and mental health.

Disney has also improved representation of the diversity which exists in real life. Increasingly characters come from all walks of life, they are no longer represented in unrealistic body shapes, they are of different races and nationalities.

Yet lesbian, gay, bisexual, transgender, intersex and queer (LGBTIQ) characters and storylines have, thus far, remained absent. This should change.

Due to the stigmatization LGBTIQ face, many keep their identity concealed, so knowing what proportion of society LGBTIQ people constitute is impossible. It is also irrelevant. LGBTIQ people have always existed, exist today, and will continue to exist across the world. Currently, this existence is entirely overlooked in an important form of popular culture. Including more LGBTIQ characters would simply represent reality.

Beyond representation of existing diversity, one cannot deny the educational power of animated films. “Moana” encourages girls to embrace strength and believe in themselves, “Zootopia” tackles topics of race relations, while “Frozen” embraces individuality and difference. Similarly, featuring LGBTIQ characters and storylines would encourage acceptance and tolerance, and inspire LGBTIQ youth to follow their dreams.

One cannot deny the educational power of animated films

Visibility is incredibly important. Representing LGBTIQ people in popular culture normalizes queer identities, and provides a frame of reference. Bullying of LGBTIQ youth is a problem across the world precisely because the only frame of reference is a heteronormative cis-gender one, leaving a vacuum in knowledge and understanding which can lead to violent rejection and exclusion. Being introduced to LGBTIQ characters from an early age will result in children not being surprised or scared when they meet LGBTIQ people in real life; and may even counter prejudice promoted by others.

Further to fostering awareness and tolerance among the wider society, representation of LGBTIQ characters can be a crucial lifeline for children who are LGBTIQ. Not fitting the dominant norms can be hard at any time in one’s life, but it is especially hard for young people. It is no wonder that rates of LGBTIQ youth suicides are disproportionately high. Having LGBTIQ characters to relate to in animated films would LGBTIQ kids that being LGBTIQ is ok, reassure them that they are not alone, and empower them to embrace these elements of their identity.

However, the above is only true if done responsibly.  LGBTIQ characters should not be the subjects of ridicule, or the dominant villain. Gender identity and sexual orientation should not be conflated, nor should harmful myths be perpetuated. Moreover, being LGBTIQ is only one element of a person’s identity – this should also be reflected in animated films.

If Disney steps up responsible representation of LGBTIQ people in its animated films, as it has done with empowering female characters and tackling important questions or race, cultural diversity and mental health, I have no doubt that acceptance of LGBTIQ people will grow immeasurably!

Modern identity politics should have no part in entertaining children

Nor should there be anti-homosexual characters. Nor Catholics or anti-Catholics, nor Jewish people or anti-Semites, nor climate change proponents or climate change deniers. Any character’s identity and back story that doesn’t propel a simple children’s tale reflects the preoccupation of adults.

Modern identity politics should have no part in entertaining children, certainly not at the expense of truth. Hollywood tells us constantly that it only reflects reality. Here’s the reality for you: in 2017 just 3-4% of the population was LGBT. Yet GLAAD wants 20% TV characters to be gay. What quota have they set as acceptable for animated shows at Disney?

Why in the world must children be subjected to this? Why can’t they be allowed to be… children? In fact, why should adults be subjected to this? According to Pew Research, 55% of adults object to the gay lifestyle. Where is the concern for most parents who find this propagation objectionable for their children?

Please, please: Don’t accuse me of being homophobic. That dog just won’t hunt. Most every adult watching Paul Lynde on Hollywood Squares, or David Hyde Pierce on Frasier, or Charles Nelson Reilly on Laugh-In knew the actor was gay… and no one cared. All were there as comedians who happened to be gay.

Victimology. I tire of it.  I am a Roman Catholic. There are 51 million of us. We demand that Disney actively and only positively promote Catholic characters!  65% of Americans are Christians. Disney must have 65% of its characters portrayed as Christian role models!

Disney would never allow that. Disney won’t allow a single Catholic character in its animated films. I wonder if you can find a single Christian. That, you see, is the projection of an agenda.

None of this has anything to do with entertaining kids

Why can’t Disney get back to that?

Disney’s original 2013 Frozen was criticized by some left-wing adults for being “too white.” Others saw the heroine Elsa as a lesbian. The new Frozen II includes themes of colonialism and reparations, and is so infused with radical politics that even a reviewer for the far-left Slate found it bewildering. But few decisions are as stupid as what Disney has chosen to do with the remake of its iconic Lady and the Tramp movie, surely one of the sweetest animated movies ever produced. The “Siamese Cat Song,” has been deleted because of its perceived racist overtones.

Did a single child anywhere on the face of Planet Earth ever listen to that song and find racist overtones? What about the song that followed, an Italian song about Italian food sung by two characters parodying Italians? Why is that still there? Out, out, OUT!

None of this has anything to do with entertaining kids and everything to do with indoctrinating them into leftwing ideology. Adding more LGBT characters to Disney movies just moves the company further from its purpose.

What is your opinion now?
childrendisneyLGBTsexuality

26 thoughts on “Should there be more LGBT characters in Disney animation films?”