For or against the European Green Deal? 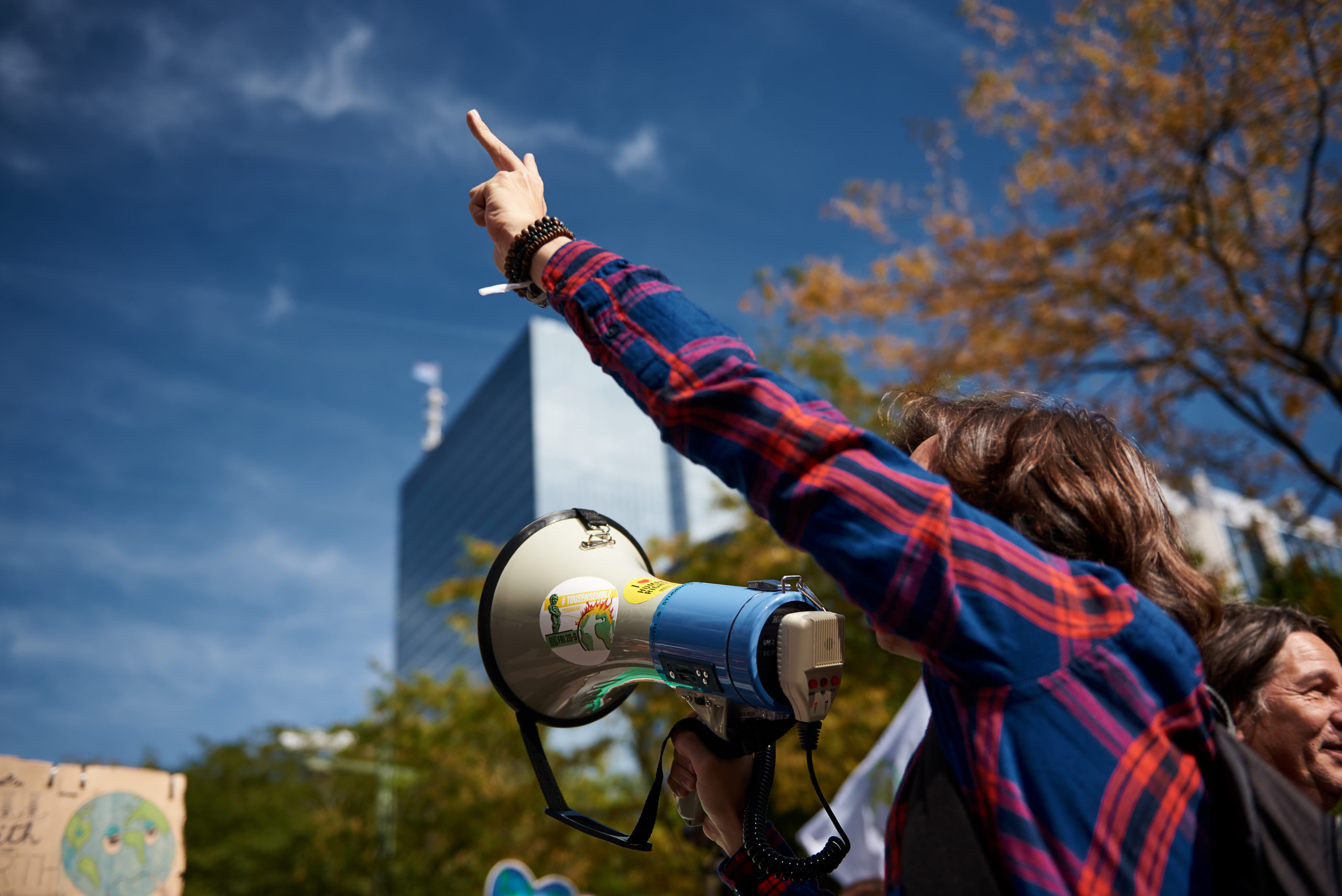 The Green Deal is a plan which sets up more ambitious climate objectives for the European Union, especially concerning greenhouse gas emissions. This plan is steered by Frans Timmermans, vice-president of the European Commission for climate action, and it was accepted by all Member States except Poland.

What are the goals of this policy?
The Deal sets up more environmental measures to be taken in a majority of policies of the European Union. This transversal policy will mostly impact the most polluting sectors, which are the energy, transportation, housing and industry sectors. Besides, the European Commission wants to implement a reforestation plan, to reduce the environmental impact of the Common Agricultural Policy, and to better protect fauna and flora.

What is the Just Transition Mechanism?
The Just Transition Mechanism is the financial mechanism aiming to address economic and social changes provoked by the transition. The European Commission wants to invest 100 billion euros in order to help targeted regions, which will be the most impacted by the negative effects of the Deal on their economies. This Fund will be confinanced by the cohesion funds and contributions from Member States. The European investment bank will also contribute to the transition: 50% of its total investment should be dedicated to climate by 2025.

A new economic model for Europe is inevitable


2020 has already been marked by a major disaster: a rich and developed country unable to defeat bushfires. Once more, it has proved the urgent need to adapt our ways of life, our social organisation, and in fine, our economic systems to the climate reality if we want to save human existence. Our current model based on economic growth has run its course. Even though it helped getting many people out of poverty, today, it’s threatening lives.

However, solutions do exist and they are many ; but they involve a change in our vision of the world. It would mean quitting neoliberalism and consumerism, as well as ending the obsession with public debts. It would mean defending a new social project, focused on social and climate justice, which conveys a vision of a European welfare state. This project exists, and it is the Green New Deal.

The European Commission has made it the main axis of its mandate, and it’s a salutary step for the institution. But the Green Deal presented by the Commission does not act on the changes that we must adopt in order to cope with crises – it embraces the myth of green growth, lacks social measures and budgetary means and has a limited scope.

Yet, the ambition of the Green New Deal must be complete. This project was directly inspired by the ‘New Deal’ implemented by Roosevelt in 1933 in the United States. It must draw on the ambition that the U.S. President had back then. The United States were in a similar place that Europe is today by its shaky foundations, nascent federalism, wealth inequality, banking and financial crises. However, Roosevelt chose boldness and he saved his country, not its economy. He adopted a set of costly but beneficial reforms for employment, education, health, finance, fiscality and green investment. He hired 3 millions of workers in public service. He reforested the country fought against floods and soil erosion, and he created national parks. The Roosevelt’s Green New Deal is a lesson of pragmatism: we can answer the social and environmental challenge with very tangible actions.

Today, we must adopt new social and environmental indicators in order to replace the GDP. We must invest in public services by recruiting civil servants working on ecological transition and develop new branches of industry, like low-tech or thermal renovation of buildings. We must also adopt a plan to fight environmental poverty.

It is possible to implement ecological transition, to create millions of jobs and to reduce inequalities: the key ingredient is political courage.

Green New Deal is about Solidarity, Not Just Money


Mid-December EU leaders have reached an agreement on achieving climate-neutrality by 2050 but with Poland opting-out of the target.  It doesn’t mean that Poland takes an opposite attitude towards common ambition of achieving climate neutrality. We support the stand that Europe as a continent should follow this path. However, it is necessary to take more time to implement this objective, due to historical conditions that had huge impact on the structure of some economies and especially the energy mix.

Ursula van der Leyen, the European Commission’s head, says that there are going to be 100 bn Euro available to tackle this issue. As much as it seems a generous plan, it does not necessarily has to be.

It is necessary to take more time to implement this objective

According to the latest information from the press, the Just Transition Mechanism is to be worth about EUR 100 bn, but this amount does not literally represent the budget of the initiative.

Only EUR 7 bn is to come from the EU budget. To be able to benefit from the subsidy, member states would have to contribute twice as much, which would give a further EUR 14 bn – but the government’s own money. In addition to that there are going to be low-interest loans available. EUR 30 bn would come from the Invest EU program. To top that the European Investment Bank would grant loans on favorable terms to regions most affected by transformation.

To sum up this complex financing mechanism of loans and subsidies about EUR 100 bn would be made available to all member states between 2021 and 2027. For the whole programming period of ten years this would be about EUR 140 bn.

The scale of the Fund is only the first challenge. It cannot be small in order to convince miners to pursue different paths and governments to adopt faster than it was previously discussed. What we need is more information.

The Just Transition Fund should be prepared meticulously – we need to know how the money is going to be spent, not only the rough amount. Taking this into account, it is crucial that Poland will have another couple of months to negotiate shape of the financial tools which will enable the country not only to agree on the climate neutrality in June 2020, but also to make it real by 2050.

Efficient climate mitigation will occur if we put technologies and capital where our mouth is. And many Western countries commit on paper and are just “talk-talk” and do not even deliver on the 2020 targets. Abstract political decisions alone will not rescue our planet but for many create great PR opportunities.

The EU needs to have a reliable and inclusive plan resulting in achieving the climate neutrality in 2050 without any damage for the cohesion policy funds and not curbing the European economy. Securing and preserving solidarity as a basic European value is by far the biggest challenge we all have to face.

Poland presents a pragmatic approach. As a COP24 Presidency it led to the implementation of Paris Agreement via Katowice Rulebook. Poland has credibility to commit when the targets and projects are feasible. Climate neutrality is such a goal but we cannot afford to do this on our own.