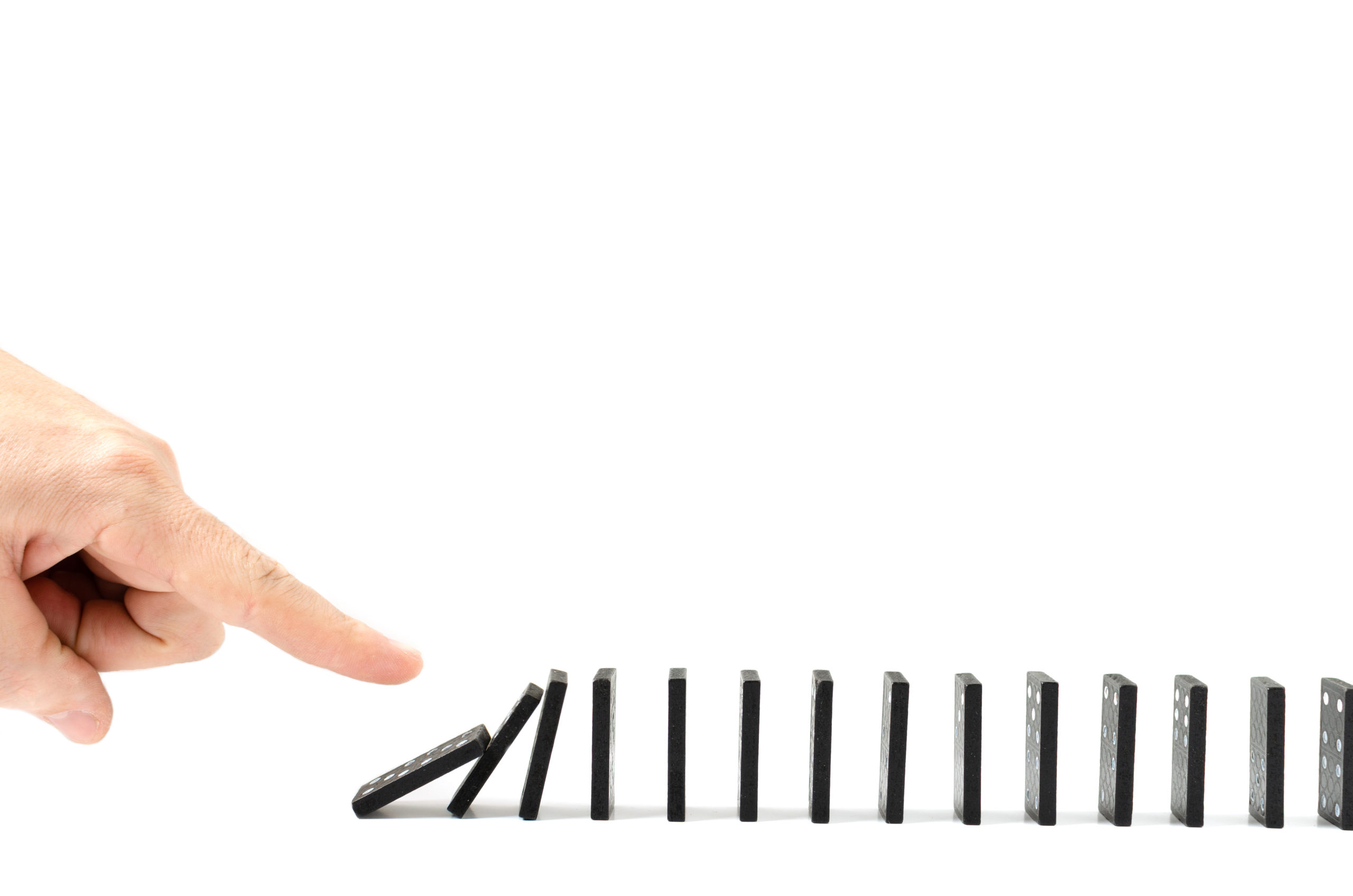 What is a nudge?
According to the definition by Richard Thaler and Cass Sunstein « A nudge, as we will use the term, is any aspect of the choice architecture that alters people’s behavior in a predictable way without forbidding any options or significantly changing their economic incentives. To count as a mere nudge, the intervention must be easy and cheap to avoid. Nudges are not mandates. Putting fruit at eye level counts as a nudge. Banning junk food does not. »

Thaler and Sunstein are authors of the book « Nudge: Improving Decisions about Health, Wealth, and Happiness » published in 2008. It largely popularized the nudge theory in the public and private sectors.

What are the different types of nudges?
Many types of nudges exist and their variety is constantly growing in order to adapt purposes of policies. Some of the types are:
> default rules (for example automatic enrollment in programs)
> simplification (to make existing programs easily navigable and intuitive)
> uses of social norms (pointing out what most people do)
> warnings and reminders.

The most well-known example of a nudge is the urinal fly, first implemented in Amsterdam airport, which resulted in a 85% reduction of cleaning costs in the toilets.

Why are we talking about it today?
The use of nudges by the public sector are source of controversy among researchers in behavioral science. The accusations made to nudges are of ethical nature: some consider they diminish autonomy and violate liberties by altering individual choices, especially when introduced in public policies.

Policy makers should design policies for people, not Superman


In recent years a new policy paradigm called Behavioural Public Policy (BPP) has emerged. The results are characterised by policies designed for people that are usually more effective, liberty-preserving and less intrusive than traditional policy approaches which tend to often fail because they are designed in terms of, and hold people accountable to, the ideals of lawyers, economists and philosophers – that is, the ideal of Super-rational-man with unbounded attentional, epistemic, rational, and self-control abilities.

Just because BPPs and nudges are often liberty preserving in principle, this does not follow in practice

The extended requirement for ethical awareness of policy makers is often overlooked by proponents and critics of BPP alike due to a too simplified portrayal of the psychology involved. One such objection holds that as personal interests are so subjective and complex that we cannot know the interests of each individual, policy makers cannot claim to steer choices towards what would be better for their interests. Yet, that objection fails to hit its target, as any public policy initiative faces this problem. It is rather an objection to public policy at large than to BPP and the use of nudges in policy design and delivery.

That said, what policy makers should pay attention to is that just because BPPs and nudges are often liberty preserving in principle, i.e. they would not affect Superman, this does not follow in practice. Nudges systematically affect people’s decision making processes for psychological, rather than logical reasons and failing to notice this may lead to the irresponsible active use of psychological principles in public policies where policy makers exploit the very same psychological marketing tricks that motivates the use of behavioural regulation in e.g. consumer policy. Yet, you cannot ban pre-ticked boxes in marketing on ethical grounds, while at the same time pushing for the use of the same strategy relative to the policy of registering people as organ donors by default. In adopting BPP policy makers will have to be consistent and thus be held accountable to the fact that since people’s personal interests are subjective and complex, policies need to be designed for this. Thus, BPPs, including nudges, should not only promote principled freedom, but also practical autonomy.

Some nudges activate decision-making processes while others deliver feedback mechanisms

To critics this synthesis of nudges and practical autonomy may appear as self-contradictory. Yet, this is often because simplified portrayals of nudges tend to invite for the belief that nudges by-pass, or even negatively impact the decision-making process of individuals, who then cannot correct the flaws of their decisions by learning from their mistakes. To the contrary, the literature shows that some nudges activate decision-making processes while others deliver feedback mechanisms making learning possible.

Still, this does not mean that being in favour of BPP, including the integration of nudges into policy, is equal to saying that policy makers should just be given carte blanche to nudging people around. Some nudges, such as defaults do by-pass and influence decision-making processes in ways that make a change of printer default in favour of printing double sided ethically acceptable, while at the same time making the defaulting of people into organ donors unacceptable. In designing policies for people, one not only have to accept that people are complex, but also that the design of policies for people is. A thing which traditional public policy tend to ignore, which is my main reason for being in favour of behavioural public policy in general, and nudges in particular.

Read the full version of the article here.


Since the 2008 publication of Richard Thaler and Cass Sunstein’s eponymous book, “nudge” has been embraced by governments around the world as a way to improve individuals’ choices without foreclosing or burdening any of their options. Using psychological and economic research about cognitive biases and dysfunctions—quirks in our decision-making processes that lead to bad choices—nudges alter the context of decisions so individuals are more likely to choose better options in terms of their own interests.

However, there are three significant ethical problems with nudges.

Interests are subjective, known only to individuals themselves, not to distant policymakers

First, policymakers cannot claim to help steer individuals toward better choices in their interests when they have no information about what those interests are. Normally, nudges guide choices toward a simple goal, such as wealth (e.g., using default enrollment in retirement plans) or health (e.g., providing dietary information on menus). But individuals’ actual interests are more complex and multifaceted than this, involving not only numerous aspects of their own well-being but also the well-being of others, as well as other moral values and principles. Most important, interests are subjective, known only to individuals themselves, not to distant policymakers.

Finally, nudges impair the long-run development of individuals’ faculties of decision-making. For example, without making bad choices, individuals cannot learn from their mistakes, or appreciate why the choices they were nudged into making were (supposedly) better. Furthermore, many nudges rely on the same cognitive biases and dysfunctions that motivate their use, reinforcing rather than correcting these flaws in rationality (and disputing supporters’ claims that nudges are easily avoidable while other psychological factors that influence choice are not).

Although businesses and individuals use similar tools to influence choice, it is particularly inappropriate for governments to do so. In a democracy, the state is supposed to represent, support, and serve the interests of its citizens, not nudge them into making choices toward interests that the state chooses for them.

What is your opinion now?
behaviorethicsnudgesscience