Should Scotland become an independent country? 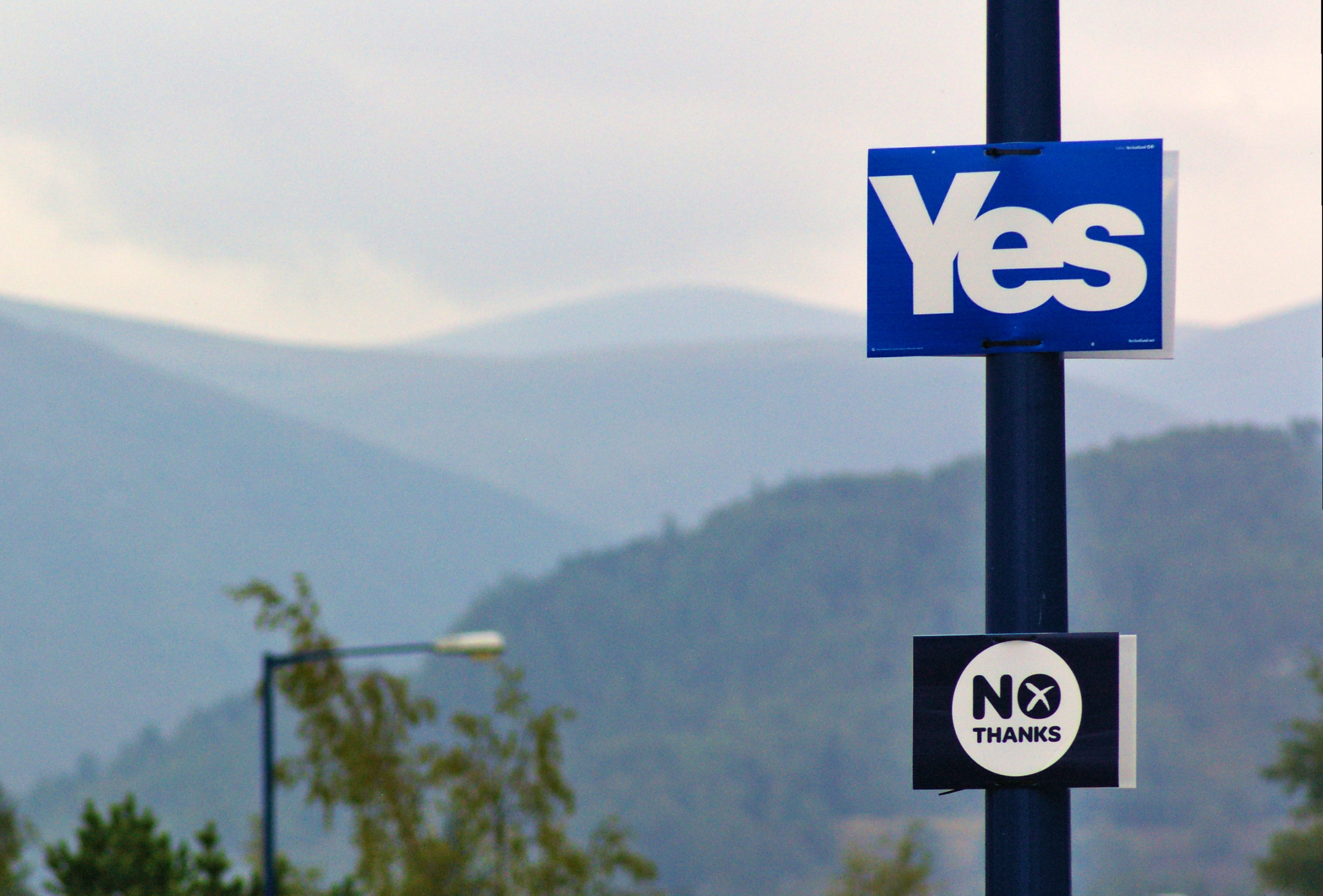 What is the current status of Scotland?

Today, Scotland is part of the United Kingdom alongside with Northern Ireland, Wales and England. It became one of its ‘countries’ in 1707 un der the Acts of Union, which merged the Kingdom of England with the Kingdom of Scotland to become an unique state.

What is the history of the Scottish independence movement?
The Scottish independence movement grew in the late 19th century and focused mostly on Scottish home rule. The movement amplified with the discovery of oil in the North Sea, at the east coast of Scotland. It resulted in a devolution referendum in 1979, meant to determine if Scotland wanted to establish a devolved parliamentary assembly. The results were in favor of devolution (52% to 48%), but the outcome was considered invalid because of the turnout. The second devotion referendum was held in 1997 and it resulted in the creation of the Scottish Parliament.

A referendum on Scottish independence was held on 2014, after years of pledging by the Scottish National Party, the ruling party at the Scottish Parliament. After a long campaign by “Yes Scotland” (“YES”) and “Better Together” (“NO”), 55.3% of Scots voted to remain in the United Kingdom.

Why do we talk about it today?

Despite the ‘NO’ answer to the 2014 independence referendum the Scottish movement for independence did not fade out. On the contrary, the independence movement grew stronger after the Brexit referendum in 2016 in the United Kingdom. Scotland was one of the countries voting for the remain in the European Union (62% to 38%).

The political instability linked to the UK withdrawal from the European Union reinforces the calls for a second independence referendum by the Scottish National Party.

Professor of Social Policy and board member, Women for Independence


I was neutral in the 2014 referendum on Scottish independence. Yes, it would have been interesting, but the risks looked pretty high for me and my family. Since then, the research I’ve done both as a feminist academic concerned with equality and social policy, and as a citizen concerned with women and disabled people’s rights have convinced me that Scotland and her people would be better off independent from the UK. Here’s why:

1. Since devolution, Scotland has demonstrated that it can make better social policies for itself than the UK can. On issues like the NHS, education, housing, and social care Scotland achieves better outcomes.

2. The Scottish Parliament is more cooperative and works better in partnership than the UK Parliament. It has a fairer voting system, and thus better policy making. Everyone is involved in developing and implementing policies, so they work better.

3. Scotland is wealthier and fairer as a result of devolution, but it can’t do everything it needs to do. To achieve things like gender equality in pay, making the economy greener and more sustainable, it needs to control all the levers of government.

4. Scotland is a small, progressive and outwardly focused nation. It voted against Brexit, but is being taken out of the EU. It has an ageing population and needs immigration to build and sustain its economy, but is tied to UK policies that act against its interests.

5. Independence would give us the chance to rewrite our constitution and place important values like gender equality and the right to services and support at its heart. Our present UK constitution is hundreds of years old, unwritten, and not fit for purpose – and cannot be rewritten. Scotland can, and deserves to do better for its citizens.

6. Scotland pays more in tax than it receives back from the UK government, yet the myth persists that Scotland is ‘subsidised’ by the UK.

7. Independence would give Scotland the chance to address gender inequality. We could invest more in childcare, which would see a return of around £5 for every £1 spent. It wouldn’t magically create a greener, more gender equal economy, but it would give us the policy levers to make it greener and fairer.

8. Constitutional change in Scotland would inevitably lead to change in the rest of the UK, which would lead to better economic and social policy outcomes for everyone.


When asked to take part in “Better Together”, the 2012-14 campaign against the secession of Scotland from the UK, I accepted without hesitation. Being a scientist was central to my decision. Anton Chekhov said “There is no national science just as there is no national multiplication table, what is national is no longer science”.

My views on nationalism have been moulded by living in Scotland for 50 years and, in particular, by being an examiner and chair assessor at Queens University, Belfast, both during and after the Troubles and being a member of an advisory group for the United Nations World Food Program, set up to ensure that food donated to it was safe to eat. We took no account of national regulations but used our science-based expertise. The rules we applied are global and are used everywhere from Australia to Austria and Peru to Poland.

Globalisation challenges traditional concepts of “independence”. Sir Neil MacCormick, son of one of the founders of the main proponent of Scottish independence, the Scottish National Party (SNP), and a University of Edinburgh law professor, grappled with this issue. Eventually he favoured a neo-nationalist post-sovereignty, utilitarian position for Scotland – independence in the EU -rather than a fundamentalist, existential, autarkic version of it, leaving one union for another, and becoming a small fish in a big pond rather than staying relatively bigger in a smaller one.

Techno-nationalism (invention – chauvinism that celebrates the inventive citizen) thrives in Scotland. Nicola Sturgeon, leader of the SNP, has said “Lets make sure that the innovators, entrepreneurs and inventors working across our country today will be just as familiar to future generations as John Logie Baird, Alexander Fleming and James Watt are to ours.” But Baird developed his TV system in England, Fleming discovered penicillin in London, and Watt only became an entrepreneur in Birmingham. So the Union has served both Scotland and England well.

The 1707 Union Treaty left Scots law untouched, and education, religion, prisons, lunacy and public health, and agriculture and fisheries in Scottish hands. It is reasonable to say that how these things have been run in recent times provides a guide to what might happen after independence. The announcement that a Public Inquiry (which will involve many lawyers and cost millions) will soon be established by the Scottish Government to investigate infection control issues at the Queen Elizabeth Hospital campus (opened in 2015) in Glasgow and massive delays in opening the new Children’s Hospital in Edinburgh does not induce confidence.
Health should trump constitutional issues. The Treaty of Union should stay unrepealed.

What is your opinion now?
Brexitindependencereferendumseparatism

13 thoughts on “Should Scotland become an independent country?”