For or against a jet fuel tax in the EU? 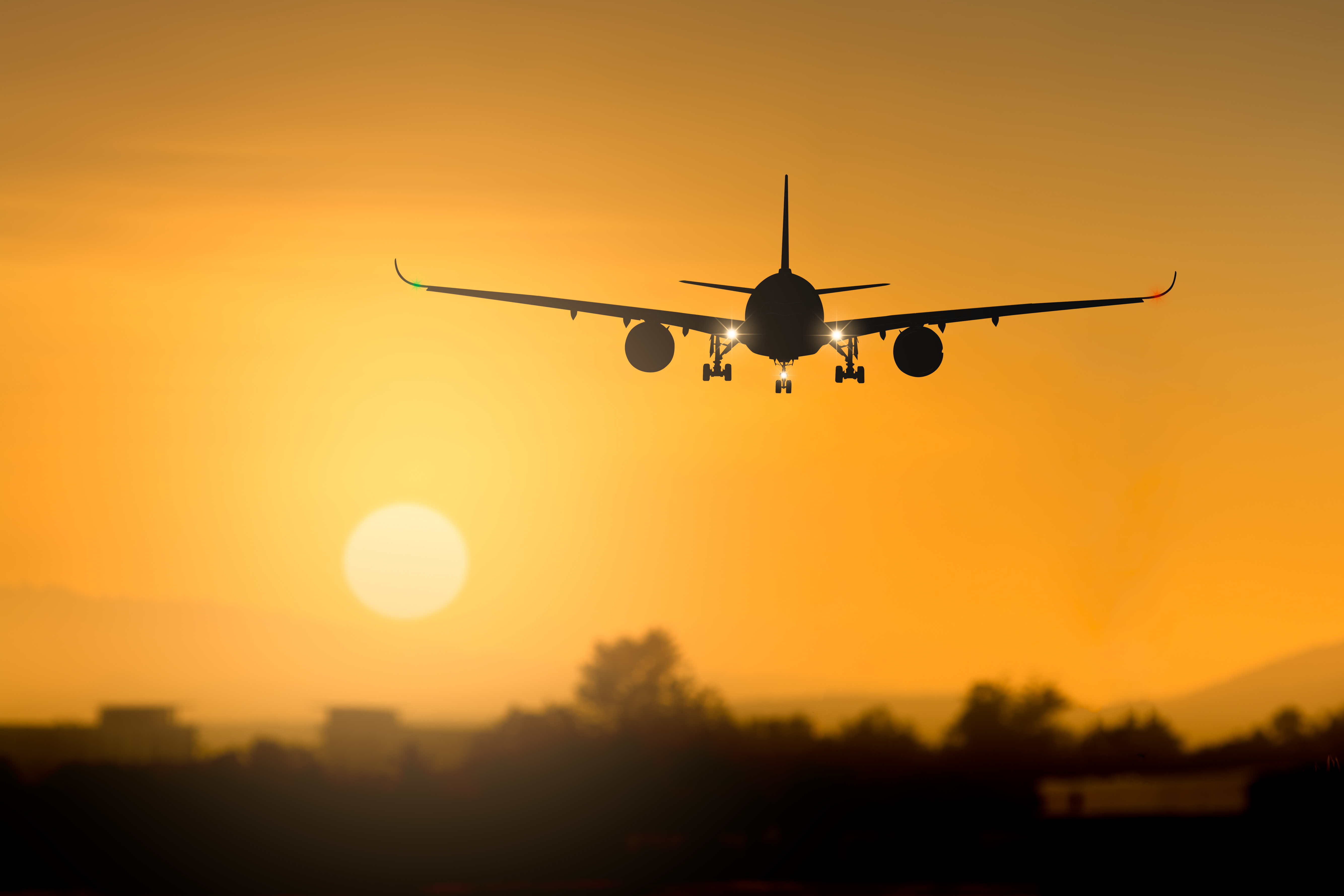 How is aviation fuel taxed?
The Chicago Convention on International Civil Aviation, signed in 1944 by 52 states, exempts air fuels in transit from taxation, in order to avoid a double taxation of the fuel when the plane lands abroad. This convention was revised in 2006, and is still valid today.
In the EU law, the Energy Tax directive adopted in 2003 was based on this convention, and it states that the aircraft fuel is exempt from excise duty and may not be taxed. A Member State can decide individually it it wants to tax air fuel for domestic flights, and Member States can decide, via bilateral agreements, to apply a tax for intra-EU flights.

What is the environmental impact of aviation?
Aviation is considered to be the most climate-intensive form of transport, because a high quantity of pollutants, such as carbon dioxide (CO2), nitrogen oxides (NOx), or sulphur dioxide (SO2) is rejected to the atmosphere when kerosene is burnt. In 2012, aviation represented 13% of the total transport CO2 emissions in the European Union.
On average, during an 1-hour flight with 150 passengers, a jet aircraft rejects 8,500 kg of CO2 for an input of 2,700 kg of kerosene.

Why do we talk about it today?
Facing the climate change, more and more voices are raising to criticise the aviation tax exemption, as well as short-distance plane travels.


Your opinion: Aviation is already responsible for 5% of man-made climate change. In Europe, CO2 aviation emissions increased by 26% over the past five years and are predicted to continue to grow dangerously.

Despite these alarming figures, the by far most polluting mode of transport keeps benefiting from tax exemptions that give the aviation sector competitive advantages over trains and incentivise all of us to fly, even for relatively short distances. Along with a VAT exemption for international flights, aircraft fuel is not taxed while many other countries, even Saudi Arabia, tax kerosene for domestic flights.

No effective measure has been taken at the global level to reduce aviation emissions despite decades of talk. CORSIA (Carbon Offsetting and Reduction Scheme for International Aviation) has been severely criticised as it will only require airlines to offset their future additional emissions and many flights, including domestic flights, remain exempt from the voluntary mechanism.

The inclusion of aviation emissions in the EU Emissions Trading Scheme (ETS) since 2012 is also severely criticised as similarly with CORSIA, only CO2 emissions are considered. The industry even benefits from free allowances which fail to reduce aviation emissions. Reforming the ETS will not be enough to reduce the sector’s emissions or to lose its competitive advantage over trains.

Moreover, national governments fear that any national measure to end these unfair exemptions would put a burden on national airports and airlines’ competitiveness.

For those reasons, it’s evident that a harmonised European response is needed and this is why we are inviting the European Commission to propose the introduction of a kerosene tax for flights within the EU via our European Citizens’ Initiative.

A fair taxation of air transport will only bring advantages

A recent European Commission report concluded that taxing kerosene sold in Europe would cut aviation emissions by 11% and would have no net impact on jobs or the economy. The tax should be higher for short distance flights while also maintain the exemption for islands.

Time for the EU to tax the most environmentally destructive mode of transport and use the tax revenues to provide sustainable and cheaper alternatives!

Even Jon Snow finds it bad. If you want to contribute to this debate and defend this position, do not hesitate to contact us at hello@therift.eu!

Taxes will not solve the climate crisis


As with most Europeans, tens of thousands of people across Europe in the business aviation sector are concerned about carbon emissions but the growing “flight shaming” movement across Europe has placed additional pressure on regulators to pursue new carbon taxes against aviation.

Aviation connects people and communities, improves business productivity and opportunities, and links markets in an increasingly globalised world. However, these benefits come with an environmental cost, and business aviation must balance them with a responsibility to mitigate climate change.

Our sector is committed to reducing its environmental impact. We have improved the fuel efficiency of our products by 40% over the past 40 years. We have also adopted a set of concrete targets to reduce CO2 emissions since 2009:

These efforts will be complemented by the first global climate mitigation scheme of its kind, known as the ICAO’s Carbon Offsetting and Reduction Scheme for International Aviation, or CORSIA, starting in 2021.

Business aviation already pays fuel taxes which are a good proxy for emissions – the more you fly, the more fuel you burn, so the more taxes you’re paying on that fuel. On top of those taxes, European member states are beginning to impose additional taxes at country-level.

Aviation-specific taxes are not a silver bullet to solve complex issues. They drive up the cost of travel in Europe, which negatively affects connectivity, ultimately to the detriment of passengers. Environmental taxes also impact the broader tourism sector and governments as revenue authorities.

Moreover, a “dedicated tax” rarely winds up being “dedicated” to its intended purpose. Recent studies have shown a modest impact on CO2 emissions at best. The revenue from these taxes mostly goes into general government budgets and is not earmarked for environmental initiatives.

The EU and national governments must focus instead on concrete actions that support European operators and their sustainability efforts. Opportunities to reduce the environmental impact of aviation in Europe exist, which have yet to be acted on despite being on the transport agenda for years. For instance, implementing the Single European Sky initiative for airspace management could help cut 18 million tonnes of CO2 annually in Europe alone.

We must focus on concrete actions to support European operators

Another near-term option to reduce emissions is the adoption of Sustainable Aviation Fuels or SAF. SAF is a clean substitute for fossil jet fuels as it is produced from sustainable feedstocks.

If policymakers want to discuss adjusting the existing tax, let’s have that debate. But let’s not get side-tracked with feel-good ideas that may ultimately not serve their intended purpose.

Airlines and airports are well aware that they must collectively do more on the subject of climate action; something ERA has been engaging with its members on as a matter of priority. However, while curbing demand by taxing aviation may look like a promising avenue to some, it raises important questions and requires a thorough and concerted impact analysis.

Regional communities across Europe depend on air connectivity

One aspect to be emphasised is the impact of aviation tax on European regions. There is little doubt that regional communities across Europe have come to depend on air connectivity for their development, allowing them to be connected not only to their national capital, but other European capitals, regions across Europe and increasingly non-European markets.

Smaller regional airports in Europe have over the past 10 years welcomed an additional 251 million passengers and since 2014 have boosted their direct connectivity by 28.8 per cent. There is no escaping that these figures attest to the fact that air connectivity is an indispensable enabler to develop tourism, attract inward investment and create local jobs across the regions of Europe. As such, aviation plays an essential role in ensuring social and territorial equality.

Taxing aviation therefore involves risks as the economics of regional air connectivity are fragile and subject to volatile/changing market dynamics. Indeed several small airlines with significant activities at regional airports have gone bankrupt over the past two years, resulting in network attrition for a number of regional airports.

ERA is understandably concerned that taxing aviation would hurt regional air connectivity in a disproportionate way – with price/demand elasticity being much higher for regional air routes and these routes typically being less profitable than higher volume air routes, the risk of further air connectivity losses in the regions will be very high.

This means that taxing aviation raises serious issues of social and territorial inequality – the very themes that are driving public debates and politics across the EU right now. It is therefore legitimate to question whether taxing aviation would be compatible with the core cohesion policy and objectives of the EU.

Beyond these specific, but important, aspects of social and territorial equality, we believe that aviation taxes are unlikely to address the fundamental and crucial issue of the decarbonisation of aviation. As related revenues would not be earmarked for that purpose, we fail to see how such approach would effectively and meaningfully contribute to the objectives of the Paris Agreement.

One thought on “For or against a jet fuel tax in the EU?”