Should we return to the Moon? 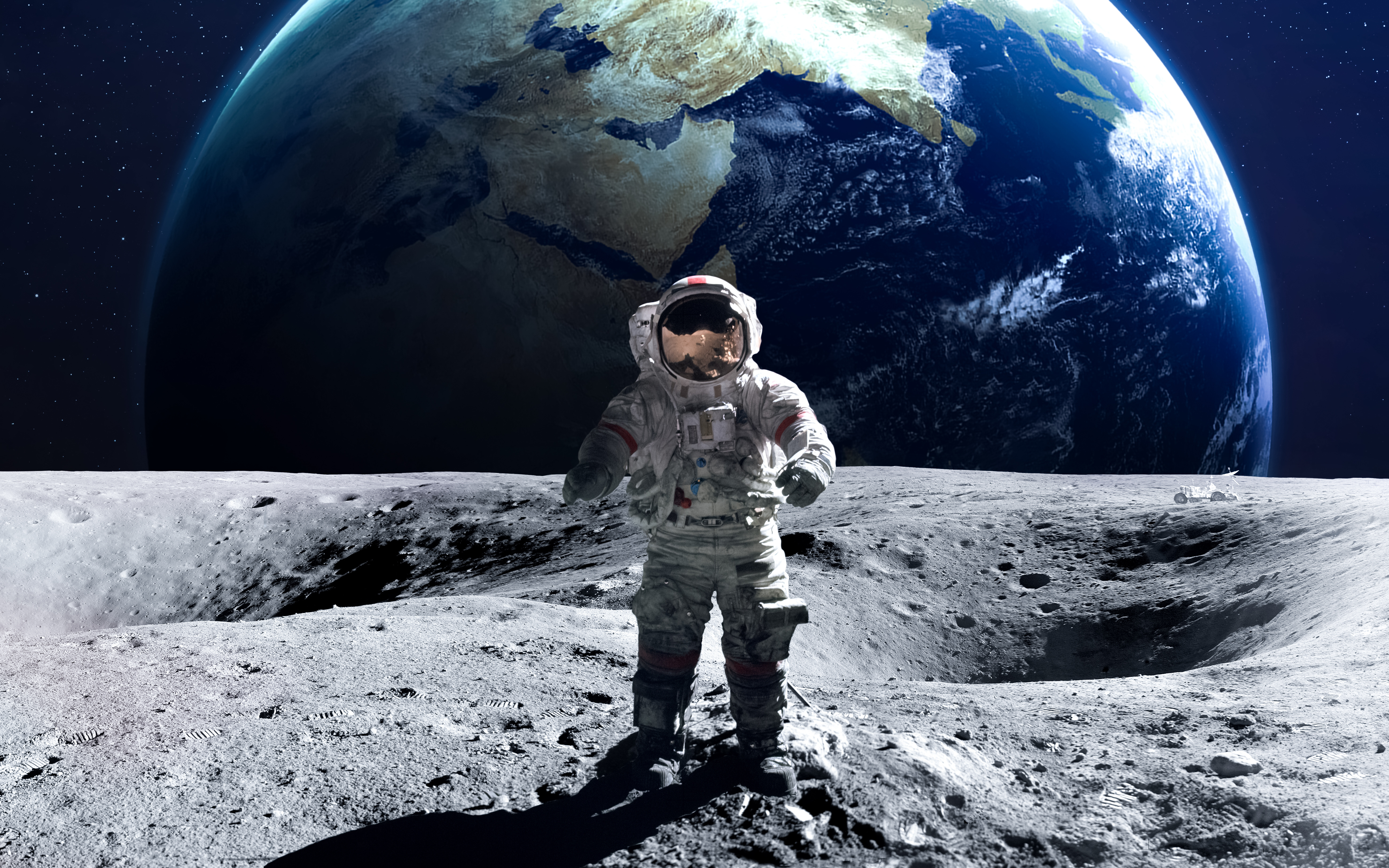 When did space missions start?
The first space missions started in the 1940s and 1950s. Several countries, such as the United States, the Soviet Union or France were doing empirical research on the effects of a space trip on living organisms, starting with animals (fruit flies, mice, monkeys and dogs). The human spaceflight was made by the USSR and Yuri Gagarin in 1961.

The first space missions were largely motored by the context of the Cold War, and especially the Space Race, which was an integral part of the frozen conflict between the US and the USSR. Many space programs were ran by both sides: Sputnik, Vostok and Voshkod in the USSR; Mercury, Gemini and Apollo in the US.

Why would we want to return to the Moon?
Crewed Moon missions were stopped for a long time because of the enormous costs it implied – the Apollo mission costed 4% of the US federal budget. With the development of advanced robotics, the need of sending men to space is reduced.

One of the ideas made possible by this technology is to build a smaller version of the International Space Station, which would orbit the Moon and operate robots working on the Moon’s surface (Gateway project).
Also, a return to the Moon is considered necessary if we want to send people to Mars. A mission to Mars is seen by many as the next big challenge for humanity.

Why do we talk about it today?
50 years ago, on July 16, 1969 the US launched it’s first manned mission which made it to the lunar surface – Apollo 11. The fifth crewed mission of the Apollo program was composed of 3 astronauts: Neil Armstrong, Michael Collins and Buzz Aldrin. The two men, Armstrong and Aldrin, spent over 21 hours on the lunar surface before retrieving to Earth, and thus they were the first men to walk on the Moon.

Why go to the Moon


Before talking about the Moon it is important to address a larger framing. The real first question, is why we explore at all? It is in human’s nature to explore; this is why the homo sapiens species has spread on all continents. Today we have even about 7000 scientists present in the harshest environment: Antarctica! Exploration is a quest that will inexorably continue, also into space, because it is part of the essence of being human.

Exploration is more than science, knowledge and technology

Among all human activities, space exploration is probably the most visible and emblematic. It is a pursuit which inspires and motivates our society as few other activities do. It pushes the frontiers of knowledge and of technology challenges. Exploration is even more than science and knowledge, more than technology and engineering challenges, or more than international cooperation and competition. It is a venture.

So, why the Moon? We have been there already… Obviously, like in the 60’s there is a geopolitical angle to it. In many technological areas competition has now shifted to the competition between the US and China. And the next human Moon landings will be part of it. But without competition we wouldn’t make much progress, so it has a positive side. At the end the scientists will be thrilled from these opportunities, as the Moon is a hugely rich archive of the history of the solar system, the sun and the Earth’s origins and early history. An epoch that is lost from our geological record because our planet is alive! Plaque tectonics, water and ice erosions has erased. Going to the Moon with robots or humans will boost our understanding of planetary formation and evolutionary processes throughout the solar system.

It is important that we are aware of our tiny existence in the Universe, and that Earth is just a big spacecraft floating in the infinite vacuum. The Moon is also a unique platform from which to observe the cosmos in wavelengths inaccessible from Earth. It is just three days away, where we will learn how to survive and use resources and thrive on other planetary bodies for the first time. This is work we have to do before attempting to go to Mars and beyond. We should aim that the Moon is a place that we will explore together as a species! But constantly asking why is a good thing.


The first question should be: did we have to go there in the first place? Even the most enthusiastic ones acknowledge that the main reason for it was due solely to the cold war’s context and the space race between two superpowers – so, to a cockfight. Financial, human and energy investments were so huge for such derisory results… thus we never returned there…

Reasons given to lunar missions are vague, or absurd

Therefore this subject returned over last years with childish dreams about space conquest through new lunar missions. The reasons given to those missions are rather vague, or even absurd. The Moon would serve as a step on the way to Mars and other destinations in order to balance the increasing scarcity of resources on Earth, or to flee the disasters we are causing; we could somehow build stations and recover water there, which we might transform into fuel.

An another motivation announced for this seems to be a parody of this techno-scientist headlong rush: unlike our beloved planet, the Moon has an important amount of helium-3.  This resource might be useful for nuclear fusion, a method we still can’t make work despite enormous investments we have been putting in it since decades! So, in summary, and this is serious, we would jump into a hazardous operation to exploit a resource we might eventually need if we manage to make an even more hazardous thing work…

It’s an another nice and pretty caricature of the destructive madness of growth imagination: how to use more and more technology to solve problems created by technology, while forgetting the initial question: how to live better? The answers can often be found here and now, in conviviality and simplicity. Things we cannot solve here, on our beautiful blue planet full of live and sharing, will not be easier on Mars or in an another galaxy!

We need to cure from the “cyclome of the electric razor”

To conclude, while we were walking on the Moon, a visionary economist and a precursor of the Degrowth movement, Nicolas Georgescu-Roegen was publishing his first articles on economic processes and the law of entropy: “we need to cure ourselves from what I called “the cyclome (editor’s note: a mix of cycle and syndrome) of the electric razor” which means you shave faster to have more time to work for a new razor, which shaves even faster, and so forth, endlessly.”

What is your opinion now?
moonspace

One thought on “Should we return to the Moon?”