Should robots be taxed? 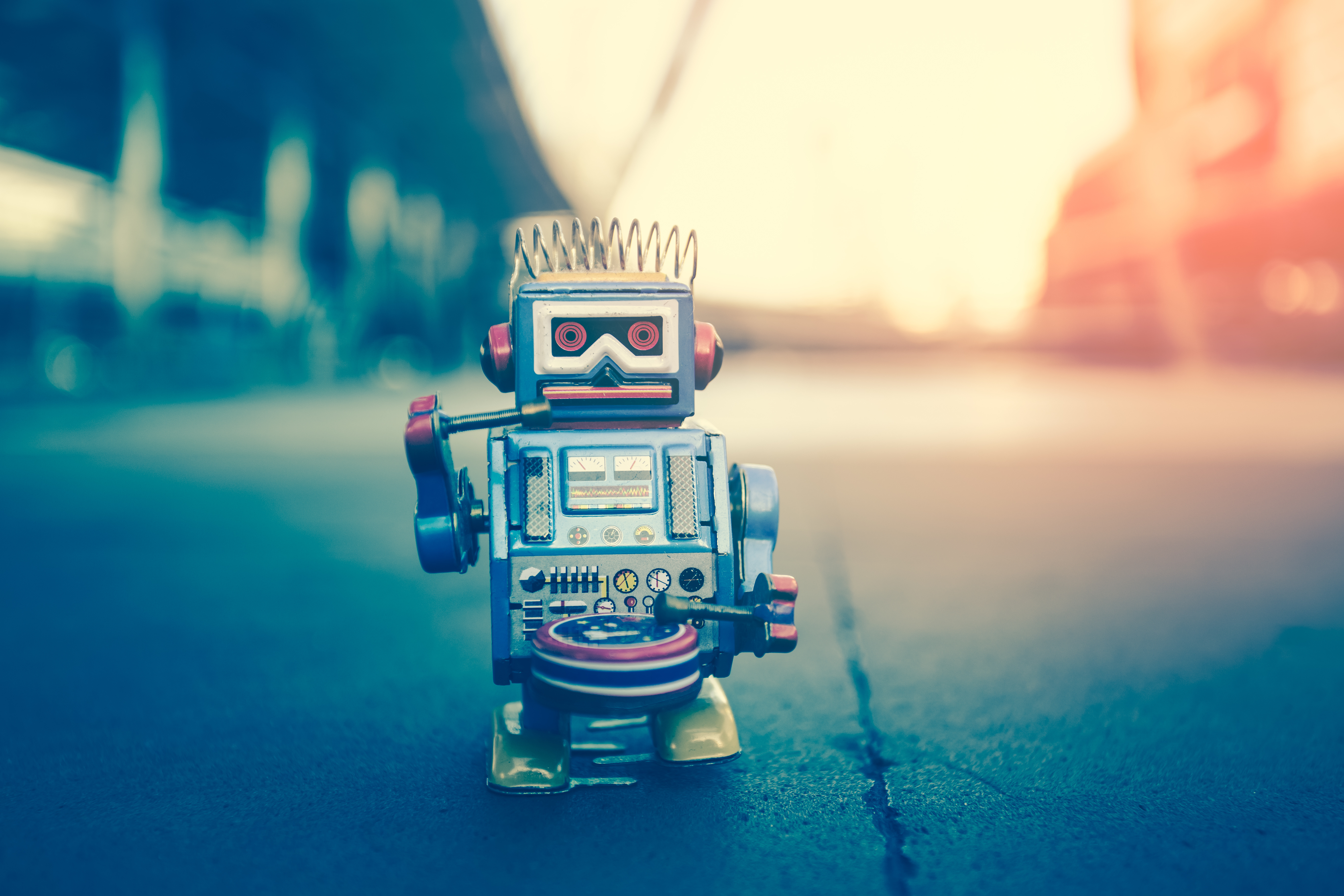 What is a robot tax?
A robot tax is a tax proposed on the use of robotics and automation technology. With the technologic progress and productivity limits and stagnation of human workers, employers turn more and more often towards automation technologies. Industry was the first sector to be impacted by robotisation, but this phenomenon also impacts other economy sectors, mostly services.

What are the different kinds of robots?
The problem often highlighted with this proposal is the diversity of existing robots. Among them, we can differentiate humanoids (or android robots), which are the robots designed in human shape. The industrial robots are robots used to assemble or to manipulate objects, mostly performing repetitive tasks and used alongside human employees. There are also medial or military robots, transport robots (self-driving cars, for instance), or telepresence (communication) robots.

Some robots exist without a physical shape: software robots. This kind of robot is an AI, and exists mostly to run chatbots, virtual assistants or expert systems.

Why do we talk about it today?
This tax proposal has become an important topic of international debate since 2017. It became a study field in OECD and was proposed at the European level, but it was not followed by the European Commission. Bill Gates supported a robot tax, but the discussions are fierce and economists disagree on the matter.


The development of artificial intelligence (AI) and of robots in particular is very likely to have a tremendous impact on the job market and the economy. The consequences of this development are however controversial. On the one hand, the majority view maintains that, like in the past industrial revolutions, technology will foster growth and create more jobs. On the other hand, so-called “pessimists” hold that this time is different.Robots are not only replacing the arms of workers but the purpose of AI is eventually to replace human brain. The development of AI could also have an impact on the unequal distribution of wealth among people.

In our view, we do not know the future and cannot tell who is right or wrong between optimists and pessimists. However, it is probable that many workers would lose their jobs and it is also unlikely that sufficient new jobs would appear on the market. This is the reason why we should consider right now potential alternatives to this issue and a tax on robots could represent an adequate solution. To find a consensus requires however considerable amount of time. This is why we should act now and start analyzing the various issues raised by the introduction of a robot tax, or a tax on the use of AI. Indeed, should massive workplaces for humans disappear in the future, a triple negative effect could occur. First, significant tax and social security revenues would be lost. Second, the need for additional revenues would increase for the states in order to support the growing number of unemployed human workers. Third, consumption would also go further down.

As a consequence, we are of the opinion that the introduction of a robot tax could be implemented, following two different stages. At a first stage, we could focus on taxing the use of robots (or artificial intelligence). At a second stage, granting a legal personality to robots could lead to the emergence of an electronic ability to pay, which should be recognized for tax purposes. However, introducing a tax on robots raises complex domestic and international issues.

Various ways of taxing robots should be examined

First, a practicable definition of robots would be required. In our view, the definition should be “form neutral” and focus on their autonomy. It should address the impact robots have on human work.

Second, various ways of taxing robots should be examined. One possible solution would be to levy an income (profit) tax on the “imputed hypothetical salary” robots should receive from equivalent work done by humans or to take into account the use of automation. Initially, this ability to pay would be attributed to the employer or owner of the robots, but as the technology evolves, the robot’s ability to pay could be recognized.

Another interesting alternative is the application of the VAT on robots’ activities. A more traditional solution could simply be to introduce an (objective) tax on robots, similar to cars, boats or planes. In any event, taxing robots raises issues that go beyond national borders and should be analyzed globally.

How robot taxes will hurt innovation – and workers

President, Association for Advancing Automation and the Robotic Industries


Technology has always changed the jobs we do. Sure, we have fewer blacksmiths. But cars gave us mechanics, auto engineers, roadside construction workers, rubber tire manufacturers, and the drive-thru fast food window. Entire industries were spawned by the advent of automobiles.

Robot taxes are worse than simple nostalgia. They would be a disastrous attempt to hold on to the past, while preventing our innovative companies – and our countries – from truly embracing the future.

INCREASING PRODUCTIVITY AS THE WORKFORCE AGES: In both Europe and the United States, there’s a perfect storm of pressures that can only be addressed with robotics and automation. Industrialized economies face unprecedented stagnation in productivity. This hampers wage growth and limits companies’ abilities to expand. Already, robots have made a difference. Between 1993 to 2016, robots contributed to 10 percent GDP growth in Organization for Economic Cooperation and Development (OECD) countries. And, employers are turning to robotics to help address aging populations and historically low unemployment that have made it difficult to find workers.

CREATING JOBS WITH AUTOMATION: Businesses must use automation to lower costs and increase productivity to survive competition. Look at Amazon. The e-commerce powerhouse has aggressively implemented 200,000 robots in its distribution centers while adding more than 300,000 jobs, doubling its workforce. Companies shed jobs when they fail to keep up with their competition, not when they add robots. In fact, as robot sales have hit records, unemployment has fallen.

GLOBAL COMPETITORS AREN’T STANDING STILL: Under its “Made in China 2025” initiative, the Chinese will invest $300 billion in their manufacturing and automation technologies. China wants to dominate the fields of robotics, artificial intelligence, 5G and quantum computing. In South Korea, there are already 710 robots for every 10,000 manufacturing workers. (The international average is just 85 per 10,000 workers.)

HOW DO YOU DEFINE A “ROBOT,” ANYWAY? Is a cash machine a robot? How about that self-driving car? Digital schedules have replaced administrative assistants. Is that iPhone calendar a robot? Just imagine the complex definitions and regulations that would need to go into such a tax.

In the end, the last thing governments should do is reduce the incentive for companies to invest in new technologies. Innovation won’t just solve business problems. It will help us make the world better. Robots will help us grow more food with fewer chemicals.  They are removing dull and dangerous jobs from our workforce, freeing time for human creativity. Robot surgeons will assist doctors to save the lives of more patients.

Robot Taxes are a Bad Idea

Robot taxes have been described by Bill Gates and others as a way to limit automation-induced job losses and address income inequality. These are admirable goals, but a robot tax is a bad way to try to accomplish these goals. Such a tax would be hard to administer, may slow economic growth, may perversely slow job growth, and may be borne disproportionately by small businesses.

A tax on robots would likely slow adoption and economic growth

Sometimes new technology is used to replace a worker, but other times it is used to complement a worker. For example, most of us are familiar with mapping apps in our smartphones, which rely on sophisticated algorithms that allow us to avoid delays and get where we are going more quickly. Any delivery service that equips its drivers with such technology is clearly using the technology to augment the driver’s job, rather than replacing a job. More broadly, researchers and policy-makers need to do a better job collecting data on how firms adopt and use robots and other new technologies so that we can understand conditions under which these technologies are substitutes or complements.

A robot tax would be disproportionately borne by small businesses

Finally, there are reasons to believe that a robot tax would be disproportionately borne by small businesses, particularly those with a single plant or office. Large multinational businesses with plants and offices in multiple locations around the world may be able to shift some of its activity from a country that imposes an automation tax to a country that doesn’t. Small businesses, on the other hand, cannot easily shift production around from one country to another, short of moving to an entirely new country.

Thus, taxing robots is a bad idea. A robot tax may ultimately amount to a tax on small businesses, that may also slow economic growth and slow job growth. Who wants that?