Should the EU have a seat on the UN Security Council? 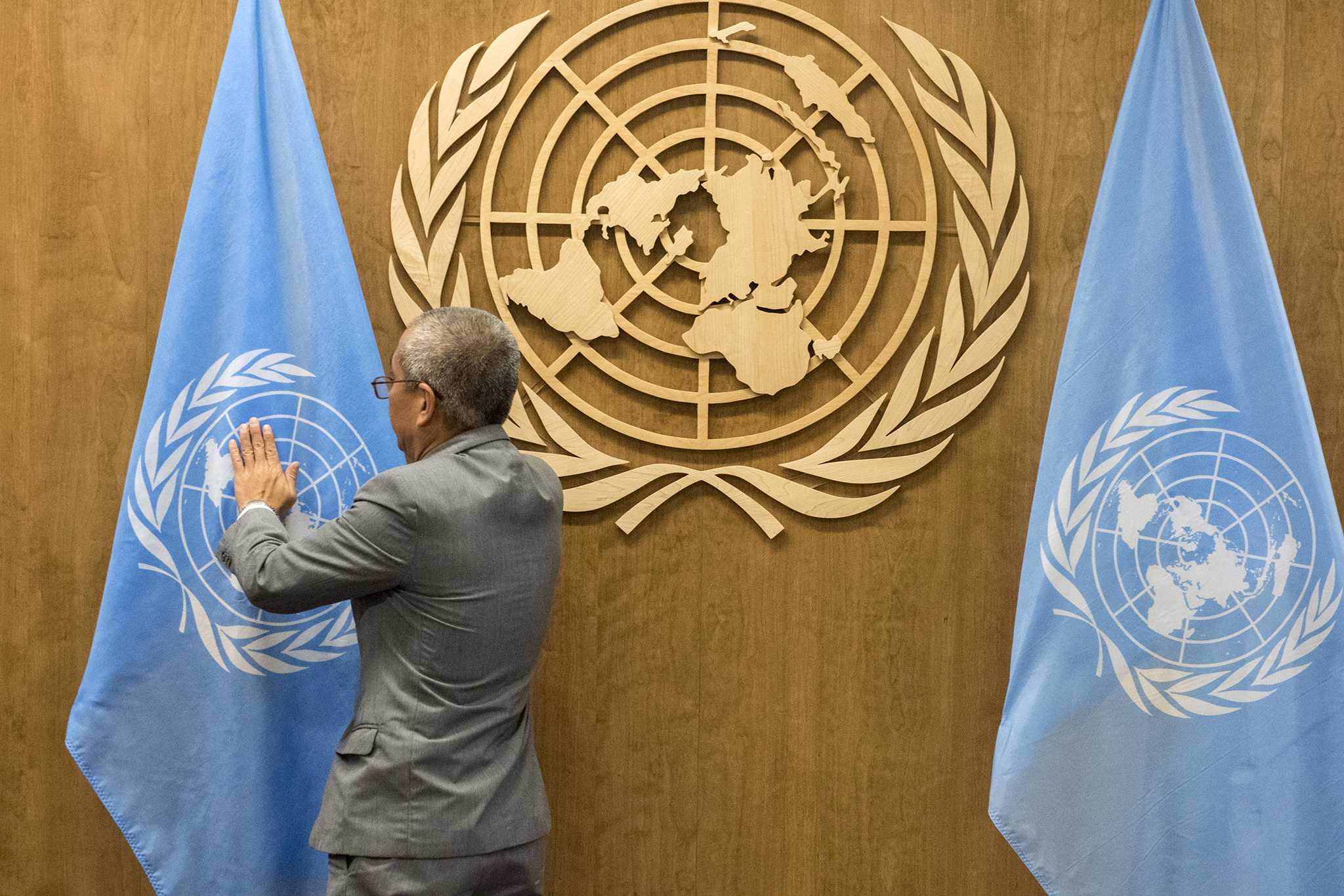 The organisation has 6 main organs: the General Assembly (which represents equally every member state), the Security Council, the Economic and Social Council, the Trusteeship Council, the International Court of Justice and the UN Secretariat. Also, the UN holds several agencies, like UNESCO, UNICEF or the World Health Organisation (WHO).

The Charter of the United Nations is the constituent treaty of the organisation. It outlines human rights and fundamental freedoms, as well as principles achieving higher living standards. It is biding for all its members.

What is the role of the Security Council?
The Security Council was created as one of the first UN’s institutions in 1945. The role of the Security Council is to maintain international peace. It has important powers, such as the power to investigate any dispute and situation which might threaten the international security. It can also formulate recommendations for solving these disputes and plans to regulate armements. The Council can also apply economic sanctions to prevent military aggression and finally take military action against an aggressor using the UN peacekeeping forces (sometimes called “blue helmets”).

Why do we talk about it today?
This debate was revived in November 2018, when the German vice chancellor Olaf Scholz suggested to turn the French seat at the United Nation’s Security Council into an European seat to allow the organisation to speak with one voice and to have a common, recognised position n the global stage. This proposal was confirmed by Annegret Kramp-Karrenbauer (AKK), the chair of the German political party CDU, in her op-ed in March 2019.

The debate grew strong, as French public authorities and a part of the civil society did not favor the proposal. The debate was reinforced by uncertainties linked with the Brexit, as France will remain the only EU Member State in the UN Security Council after the United Kingdom leaves the organisation – and so, the EU’s position in the institution might be weakened.


Since 2019, the debate on a possible seat on an European seat on the Security Council of the United Nations – notably by turning the French seat into a joint EU seat – has returned back on stage after declarations by the German vice chancellor Olaf Scholz. Even though this proposal has caused some teeth grinding in Quai d’Orsay’s corridors, it must be warmly welcomed and fervently defended, as we have been affirming for a long time.

The European Union has proved to be a central actor of international relations, but it remains dependent

From signing international treaties to putting sanctions as a tool of geopolitical riposte, the European Union has proved to be a central actor of international relations, but it remains nonetheless dependent on its Member States’ positions. In this view, an important number of European citizens estimate that the Union should treat topics such as defense or fight against terrorism on the European level (according to the Standard Spring (EB 89) and Autumn (EB90) Eurobarometer survey).

And yet, these topics are not exclusive competences of the Union, nor even competences shared with the Member States, but a competence left to the goodwill of the States. A creation of a European seat on the Security Council of the United Nations would force the European Union to put on necessary reforms in order to have a real diplomacy – ideally ran by a European Minister of Foreign Affairs. Thanks to this, the EU would become a credible actor on the international scene and it would answer questions such as the one by Henri Kissinger in 1970: “Who do I call if I want to call Europe?”.

Furthermore, this seat on the Security Council should result from a conversion of the French seat into an European one, and France should accept to leave it’s seat to the benefit of common interest. At the time when the United Kingdom is on the way out of the EU, and the Franco-German tandem committed to take decisions on defence together (by the Treaty of Aachen on Franco-German cooperation and integration, signed on 22 January 2019 in Aix-la-Chapelle), France must undertake its responsibilities and give the example of the European integration it seems to promote more than ever before.

National egoisms are often at the origin of conflicts that the United Nations are designed to avoid. It is time to put them aside to set up a new international order, which will be truly capable of promoting multilateralism and peaceful resolution of conflicts.


It would be desirable to see Europe “speaking with one voice” and thus being able to weigh in fully in world affairs. But that does not happen, as if by magic, through merging EU Member States’ UN Security Council seats. On the contrary, Europe’s international influence would only be weakened by such a single seat.

If there is no common EU position, Europe would have no voice at all.

To reach an EU decision in the highly sensitive area of foreign and security policy, unanimity remains the rule. But on major geopolitical issues, such as Russia, China or the Middle East, Member States do not agree. In consequence, Europe with a common seat at the UNSC would be, for a large part, reduced to silence.

If there is a common EU position, Europe would have less voting weight.

The UN is an intergovernmental organization, where one seat equals one vote. Right now, there are five EU countries in the Security Council (two permanent members with veto power, France and the UK, plus three non-permanent members). In case of a commonly agreed position, this means 5 votes, instead of a single 1.

The current situation is the best of both worlds.

The EU Treaty already commits Members States to defend the EU’s positions on the Security Council. If a common position exists, such as on climate change, it is defended by the maximum number of votes and presented by the EU High Representative. But if there is disagreement within the EU, Europeans on the UNSC keep their freedom of action. This is how France, in 2003, was able to oppose the Iraq war.

According to the UN Charter, only states can be members, and according to the EU Treaty, the common foreign policy cannot affect Members States’ membership of the UNSC. In strictly legal terms, there is no ground for debate.

Politically, EU countries’ push for a common UNSC seat is mostly about depriving their peers, especially permanent member France, of its privileges. This would, however, unravel the Franco-German equilibrium, and threaten the internal stability of Europe.

Finally, a common UNSC seat – often advocated in parallel with qualified majority voting – would strip European citizens of a crucial element of their sovereignty. Their country-specific security concerns (like Baltic worries about Russia or French ambition for strategic autonomy) could be ignored and/or overruled.

One thought on “Should the EU have a seat on the UN Security Council?”