Should we close coal mines in Europe? 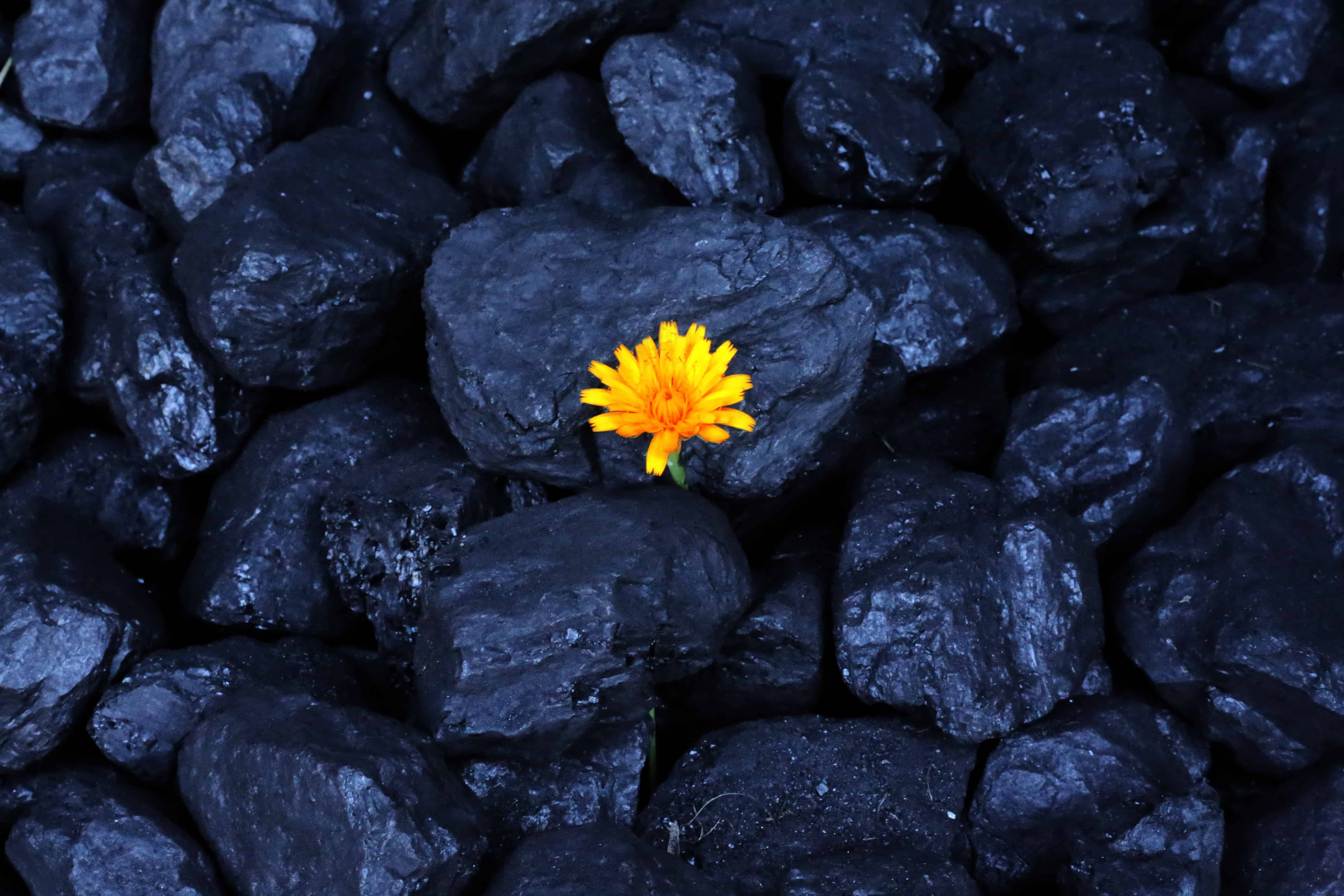 What is the coal production of the European Union?
Coal mining in Europe includes the extraction of hard coal, brown coal and lignite. According to a report on the European coal sector, there were 207 operating coal power plants in the EU in 2016. Also, there were 128 coal mines concentrated in 12 EU countries, producing 498 millions of tons of coal per year.

Coal mines are mostly located in countries like Poland, Germany, Spain, Bulgaria or Czech Republic. In 2015, Poland was the country with the highest number of open coal mines (35), and Germany was the most efficient producer of coal in Europe (37% of total coal extraction in the EU).

What is the environmental impact of the coal mines?
Coal, as a source of energy, has been held responsible for an important impact on climate change, high CO2 emissions, smog pollution, acid rains and respiratory problems. Also, coal mining, as an activity, is accused of reducing agricultural yields. It can also be dangerous: while mining, an important quantity of natural gases are released. These gases, like methane, can be explosive and poisonous and cause important accidents.

Why do we talk about it today?
In order to fight against climate change, a shift towards renewable energies and a progressive leave of coal energy is recommended. From January 2019, public funds for unprofitable coal mines has come to an end in the EU, forcing several extraction seats to close. 26 mines are about to close in Spain and Germany closed its last coal mine at the end of 2018.

But several countries struggle to adapt to the new policy. For example in Poland, coal amounts to 90% of electricity supply. According to the EU estimations, about 160 000 jobs in the EU might be directly threatened by mine closings. Moreover, new technologies are developing in order to increase productivity of the mining industry and to reduce the environmental impact.


My home is the Rhineland in the very west of Germany. I live close to the huge Rhine river. Like other locals, I sometimes call it “Father Rhine”. I do it with a wink, but there’s some truth to it. We depend on him. Our local ecosystems, our water supply and also a huge part of the economy.

Last summer we got a glimpse of the impact of climate change. Due to a drought, the water level was extremely low for several months and the constant high temperature made the oxygen level of the water drop additionally, causing impacts to fishes and other aquatic life in the river.

Everywhere in Europe, ecosystems were likewise under pressure. Our agriculture and harvest was affected by the heat as well, and this is one big contributor to why the global grain harvest 2018 did not cover consumption.

We must keep the fossil fuels in the ground

Droughts in the summer and severe floods are going to be the new normal. Mankind is heading towards a world with an average temperature of 4 to 6 degrees higher than before industrialization. The 1 degree increase we are experiencing today, already destroys livelihoods in the countries of the global south, fueling violent conflicts and forcing people to migrate.

Mozambique just got hit by a devastating cyclone. Hundreds lost their lives; infrastructure is destroyed and cases of cholera are rising. The impacts of the climate crisis are hitting regions first which have not caused this crisis and which are most vulnerable.

We, people of the global north and main polluters of the atmosphere, are just starting to feel the change around us. But for us, the main impacts are still somewhat far off in the future and therefore, we do not react as we should. But we need to act now and must keep the fossil fuels in the ground. Facing the reality of climate crisis, CLOSING COAL MINES IN EUROPE would be the right immediate measure.

It is our responsibility to shut the mines down

My region, the Rhineland, is also the home of lignite mines. They are one of the hot spots of CO2-emission in Europe, one of the places which are producing the climate crisis. As a citizen of this region, I feel ashamed of the harm we cause all over the world. It is our responsibility and our duty, to shut the mines down.

This is why we, the climate activists of Ende Gelände are doing the job the politicians are failing to do: We shut the mines down, blocking the coal diggers in a mass action of civil disobedience. We are fighting for our survival and for climate justice – a world with a good life for all people and all future generations.

Coal is bad business. Worse still is trying to keep it going.


The closure of coal mines in Europe is inevitable. They could not be saved even if we tried. Here’s why: Coal is bad business.

The coal industry is simply unable to compete with buoyant renewables, which are cheaper to build, cleaner to operate and more flexible by the day to cater for our energy demands. Coal has been unable to keep up for many years now, and mines have been closing left, right and center. There are now only 185 000 people left working in coal across Europe. Even this is made possible by numerous subsidies that keep this dying industry alive by continuously pumping billions of euros. This money  could be much better spent funding a just transition away from coal and towards energy efficiency and renewables, securing the future for the coal workers and their communities instead of keeping them in the past.

The coal industry is simply unable to compete with buoyant renewables

Taking responsibility for the management of coal’s comprehensive and final departure from our energy supply and from our tax burden means no more hand-outs to coal industry. It means hand up to workers, who need our help with re-skilling for 21st century jobs; it also means hand up to local communities and coal-dependent regions, who need our help with diversifying local economies in order to keep their most precious resource – not coal but people. First the crowding out of other sectors by coal, than its economic demise and finally the corresponding loss of jobs and livelihoods has already stripped so many regions across Europe of entire families, leaving for opportunities elsewhere.

Coal is bad business. The business knows this. The only business worse than coal is trying to keep it alive. The real business at hand is to proactively manage the phase-out of remaining coal in Europe so our people and coal-dependent regions do not stay out of business.


Compared with the rest of the world, the European Union now uses very little coal – just 6% of total global consumption.  Tens of thousands of coal mines have already closed across Europe as economic coal reserves became exhausted over the course of the Industrial Revolution.

Yet, the EU still relies on coal for one fifth of our electricity generation, for steel making, for cement production and for heating.  So, coal is an important commodity.  It is mined in eleven EU member states, notably in Germany and Poland, supporting over two hundred thousand jobs.

Even so, the EU imports much more hard coal than it mines – 173 million tonnes in 2017 coming mainly from Russia, the USA and Colombia.  Europe should be mining more coal to meet our own demand, but the economics of coal mining dictate otherwise.

The EU imports much more coal than it mines

The EU’s unilateral climate policy means that there is now pressure to reduce coal, oil and natural gas use.  This means that, in Europe, we will build only a few new coal mines and coal power stations in the future, but these will be important to keep the lights on during our long, dark winters when we need more reliable energy than the sun and wind can provide.

EURACOAL calls for clean coal technologies to be rolled out at power stations around the world.  These technologies can massively reduce local air pollution from burning coal and even remove the carbon dioxide (CO2) which can then be used or stored underground.  In Norway, almost two million tonnes of CO2 are safely stored under the North Sea every year, proving that this is a great way to protect the climate.

Without new technologies, there is really no solution to the climate challenge

Now, the coal industry is exploring ways to turn CO2 into useful products such as jet fuel.  This will only work if we have a surplus of renewable energy, but it would mean that we could continue to fly aeroplanes and reduce emissions.  Without new technologies, there is really no solution to the climate challenge.

In 2017, 7 550 million tonnes of coal were used around the world, bringing electric power to billions of people who now enjoy a civilised way of life.  In Europe, we mined 464 million tonnes.  Coal mines in Europe will close when they are no longer economic;  before then, we must work hard on solutions in Europe that work for the rest of the world.