Deficit: should we respect the EU 3% deficit limit? 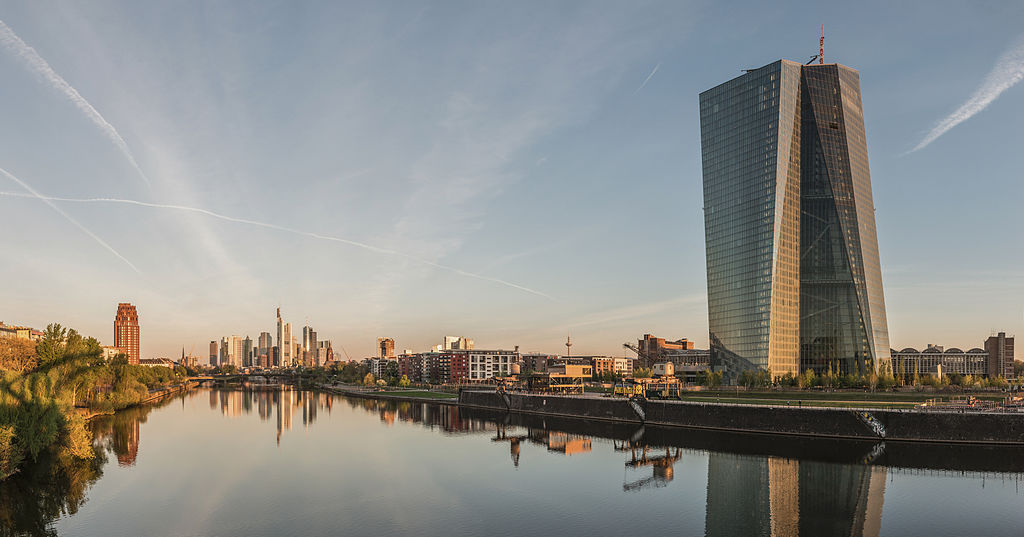 What is deficit?
In public policies, the notion of deficit is used when the government budget balance is negative, which means that the public spending (used to build schools, hospitals, roads, etc.) is higher than the government revenues.

Why 3%?
The 3% rule has been introduced to prevent an automatic increase of the national debt. This rule of “sustainable deficit” is an economic rule of good conduct.

Where does this rule come from?
When France was hit by an economic crisis in 1981, the president in office, François Mitterrand, started to look for an easy and rapidly understandable argument to refuse multiple demands for more budgetary spending during the crisis.
The French directorate for budget proposed then this rule of 3%, which served first in French public policy.

This rule was next adopted by the Treaty of Maastricht in February 1992, becoming one of the principal criteria to enter the future Eurozone. In case when the Member States don’t comply with this rule, they can receive warnings and sanctions.

In reality, in the beginning of the 00s, Germany and France didn’t respect this rule. Even though both countries were criticised by the European Commission for deepening their budget deficit, they weren’t sanctioned. Since the Eurozone crisis in 2008, the French budget deficit has never been never inferior to 3%, and the French national debt has always been increasing, it reached an estimated level of 96% of GDP.

We need to keep the rule, without necessarily respecting it

Professor of economic and social sciences

This everlasting debate has already opposed many politicians in France and in Europe, as it opposed lately Michel Sapin and Benoît Hamon. But in practice, who respects this rule? Nobody. In 2016, among 28 Member States, only the 3 Baltic countries fully respected the rules of the Stability and Growth pact, including the 3% rule. Were the other countries sanctioned for violating the common rules? Not at all. France has never obeyed the rule and never has been sanctioned. Even the righteous Germany respects only one criteria in three. Last year, the European Commission has for some time been thinking about sanctioning Spain and Portugal for their budgetary slippage through engaging the excessive deficit procedure against them, but finally gave up. Where is then the European iron clamp, supposed to enforce a technocratic dictature on Member States, when the harshest sanction they get is a warning? The situation today is neither a blind implementation, neither a legal cancellation, and this is the position I defend.

France has never obeyed the rule and never has been sanctioned

Why 3%, instead of 2 or 4? Nobody has found a serious economic answer to this question. Even though we tried to find a rational explanation, many are not convinced. Moreover, any other countries did not adopt such a rule in their constitutions, certainly not the US, Japan or China. The international economic consensus on the subject is clear: during recession, public authorities must accept deficits (or even deepen them), through an increase of public spending or a decrease of taxes, in order to avoid an explosion of unemployment due to collapsing demand. The worst thing to do during a crisis is to start a strict budgetary slimming regime. In the meantime, during periods of growth, it is necessary to carry a serious governance with low deficit (or even a budget surplus) to save provisions, which might be used to revive economic growth in period of crisis. It seems inept to set up an automatic and arbitrary rule, because the principle of a rule is not to adapt to circumstances. Should we however abolish the Maastricht rule? I don’t believe it at all.

The European situation is particular. Europe faces a massive problem of economic convergence. Northern countries, headed by Germany, need to support more their aggregate demand, through public investment for instance, which will rebalance their external balance. Southern countries (Spain, Italy…) must do the opposite: focus on their structural problems, such as corruption, tax evasion, bad productivity, inflation. France is in between. Nobody seriously believes that Greece can become a second Germany, nonetheless a greater convergence is necessary among countries sharing the same currency. Yet this convergence needs a common horizon, a kind of a perfect guideline reminding the common objective. The rationale of the 3% rule is then as much political as economic. If we abolished this rule, it would weaken the project of European convergence and every country would feel legally allowed to “do whatever he wants” in budgetary matter. This would result in a a Euro becoming unmanageable in a long-term perspective, because of an accumulation of public debts’ defaults. If the Greek case happened with existing rules, what would have happened if there were none?

Finally, the current situation appears to be the best option. This was well illustrated by the recent European Fiscal Compact: it reminds the 3% rule by introducing the public accounts balance principle, but it introduces exceptions for extraordinary circumstances. As to the practice, it is still the same, and it’s extremely flexible: in 15 years of existence of this famous 3% rule, the question resurfaces at every election, but never any country has been financially sanctioned for not respecting it. It proves that the European institutions are far from being as ideological as we hear it.

A European rule without economic foundation

During the signature of the Treaty of Maastricht in 1992, Germany imposed entry criteria in order to create a unique currency, including the rule of keeping the budget deficit under the 3% threshold. Germans feared that the unique currency would allow more “lax” countries (Southern countries and France) to have excessive deficit levels, which they would have to finance themselves. Moreover, according to the liberal ideology, the private sector is always efficient – controlling government balance is then enough.

These 3%, appearing out of nowhere, represented the average level of public investment of the European countries back at the time. But the only economically meaningful rule is the “golden rule of public finance” formulated by the French economist Paul Leroy-Beaulieu more than a hundred years ago: the State can legitimately put itself to debt to invest. But the 3% rule doesn’t explicitly link the allowed deficit level to the actual level of investment. The real golden rule is about equality, not about an upper threshold.

The rule was supposed to apply to the cyclically-adjusted primary balance, which the 3% rule forgets. A country where growth slows down sees the public balance deepening (less tax income, higher spending for unemployment benefit), that’s the cyclical component of deficit. In these circumstances, it is fair for the structural deficit (the cyclically-adjusted primary balance) to be higher than the level of public investment in order to maintain the activity. The criteria should be the following: a country has the right to have a level of deficit necessary for a satisfying level of activity, the one allowing a maximal number of jobs without generating inflationary pressures. That is what Japan (4,2% of public deficit in 2016), the United-States (4,4%) and the United Kingdom (3%) continue to do.

However the coercion of European rules has been strengthened over time. The Eurozone countries with a budget deficit over 3% of GDP enter a procedure called “excessive deficit procedure” and must commit to reduce it, according to guidelines given by the Commission. Otherwise, they can be hit by financial sanctions. This might have been the case for France, Spain and Portugal last July, but the Commission chose not to add fuel to the fire.

According to the budgetary treaty, all countries must reduce their structural deficit of at least 0,5 point GDP per year until they reach the balance. All the Eurozone members have been subjects to the excessive deficit procedure, four still are (Spain, France, Greece, Portugal). But the Commission also criticizes other countries today, including Italy, which is invited to multiply efforts to avoid the procedure. Calculation of structural balances relies on evaluation of potential growth run by the Commission, which is always close to the observed growth.

In this way, cyclical component of deficit and budgetary effort are always underestimated, which constraints Member States to run pro-cyclical policies: for example, a country in recession should run a recessive policy to bring the deficit under 3%. As the Greek example has been showing it since 2010, reinforcing budgetary austerity in a country in recession does not allow to reduce the deficit, it decreases the GDP and increases the weight of public debt. The 3% rule and the budgetary treaty are a machine which pushes down countries already in crisis.

Moreover, they don’t give the possibility to ask States with too high level of private demand (like Spain before 2007) to temper it, neither to countries with too high external surplus weighing down on the growth of the entire Eurozone to adopt a stimulus policy. They are not adapted to the current situation where budgetary deficits are necessary regarding frailty of the demand. It is fundamentally unbalancing for the Eurozone.